White bread and noodles are ranked highly alongside cereals and soft-drinks as the main causes of tooth decay in children, a new study has shown. 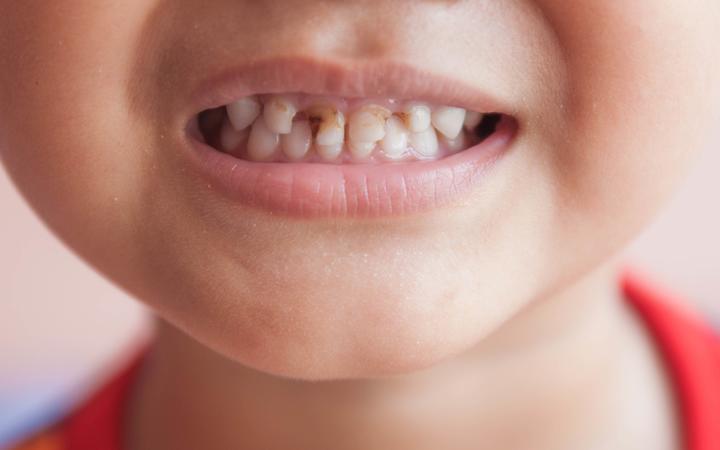 Conducted by Starship Children's Hospital and The University of Auckland, the study looked at dental records and eating habits of over 4000 children.

It found foods high in sugar and high in refined starches caused cavities and decay.

The study's lead author Dr Simon Thornley said diet was found to be the strongest link with the likelihood of dental caries.

"The key culprits were foods that were high in sugar and high in refined starches. This information should inform our oral health promotion work in this country because many people would not be aware that frequently consuming foods such as white bread, rice and noodles could put children at greater risk of dental caries."

Dr Thornley said some foods were associated with a lower number of cavities, including wholemeal or whole wheat bread, some vegetables and cheese.

"It's positive to learn that three-quarters of children studied had no dental caries at their first community dental appointment, but ethnicity and socio-economic status were strongly associated with dental outcomes.