Concerns are being raised that dividers installed at Auckland's Stamford Plaza Hotel are not enough to keep residents separated from people in managed isolation. 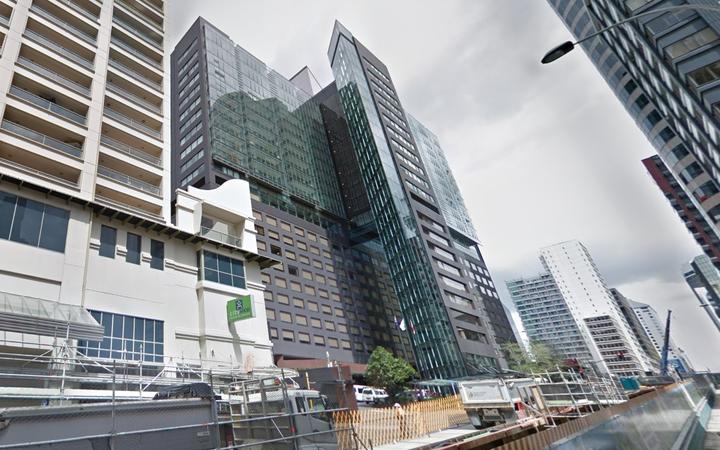 The apartments on top of the eight-floor hotel are home to about 300 people.

Last month, the government proposed the hotel as a quarantine spot, but the residents who live in the building raised concerns and bus-loads of people were instead diverted to Rotorua.

However, residents say new buses arrived last week and most of the concerns they had raised have not been fixed.

One resident, who did not want to be named, said they received a letter on Thursday saying the hotel would be used for managed isolation.

She said her main concern was a corridor used by residents to get to their car park was also being used by security guards who monitored the returnees.

"In that corridor, they've put up a divider that does not go the whole way to the roof and we are supposed to stay on one side and security and returnees on the other side," she said, adding that she had seen security on the wrong side and hanging around in the car park. 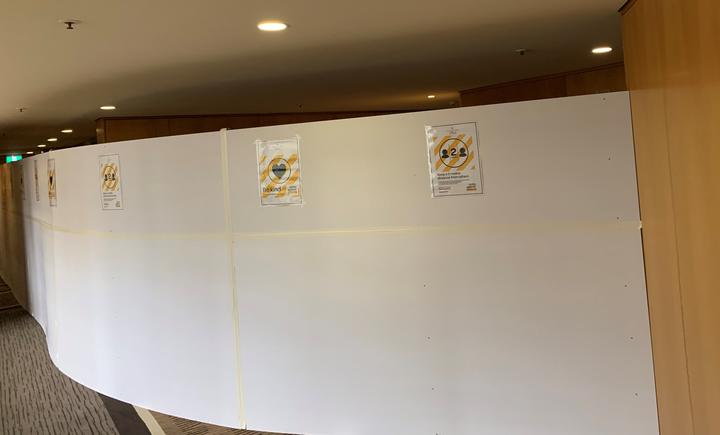 A divider has been installed at Stamford Plaza Hotel to separate those in managed isolation from residents in the building. Photo: Supplied

The resident said communication had been lacklustre and in order to raise concerns, they had to contact the hotel manager or post in a residents' group on Facebook.

"Staff from the body corp which take care of the residents are on the Facebook group - so they can see our concerns - I posted on the group page yesterday but I haven't heard a thing, just silence."

Another resident said they did not mind that the hotel was being used for isolation, but just wanted to ensure precautions were in place.

Stamford Plaza spokesperson Tarun Abraham said the hotel had prioritised the safety of residents and guests by installing barriers where necessary to ensure these groups were segregated at all times.

Guests in managed isolation did not have access to any shared spaces, Abraham said.

"To all intents and purposes these barriers and safety measures were impressively well executed since 18 June. In fact, they were commended as such. However, due to wrongful interference's, our hotel was only now able to receive these guests. Hence, the hotel has suffered extensive financial losses."

Abraham said the hotel had been discussing the safety barriers and mitigating measures with the various agencies.

"We have not received any negative feedback on these barriers and safety measures. The hotel takes this important responsibility seriously as its management staff including the rank and file are at the front line and are fully exposed to the managed isolation facility," Abraham said.

"The hotel has been and remains available to directly engage with all relevant parties to address any of their concerns for its services. As such, it is unhelpful to open multiple media channels to engage in debates of any form.

"Finally, it is the hotel's hope the media and especially the residents spare a merciful thought for our courageous warrior workers facing the risks and challenges head-on. This, just to be able to keep their jobs in order to put bread on the table for their families."