A ship that was stuck at the entrance of Tauranga Harbour has been pulled off the sandbank. 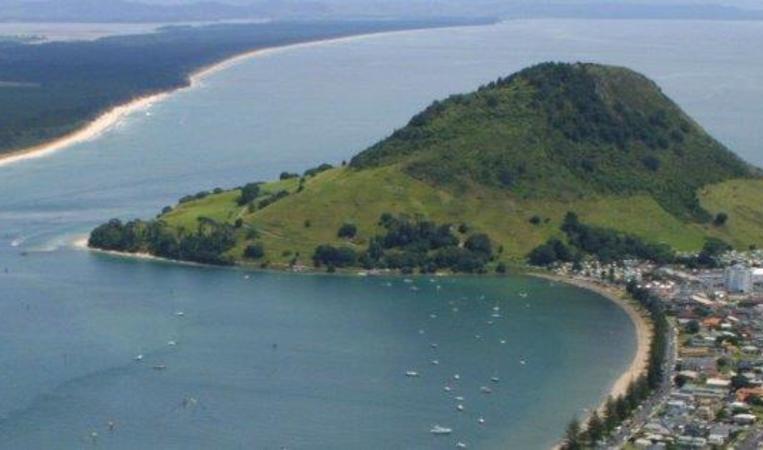 The ship was stuck near the base of Mauao/Mt Maunganui. Photo: Tauranga City Council

The Singaporean-registered ship Funing, with 20 crew on board, lost power just after midnight and drifted out of the shipping channel.

Maritime New Zealand, the Tauranga Harbourmaster and the port's two tug boats went to its aid.

He said the ship was being moved further away from the shore while checks were made.

Shipping was suspended at Port of Tauranga this morning.

A port spokesperson said the ship had been in shallow water at the edge of the channel where the seabed was sandy.

There had been a large swell at the harbour entrance, not far from the base of Mauao/Mt Maunganui.

The vessel had on its way out of the port and was heading to China.