New Zealand is one step closer to establishing the country's first plantation of Juniperus communis - whose berries are the key ingredient of gin - following a nationwide search for the elusive conifer. 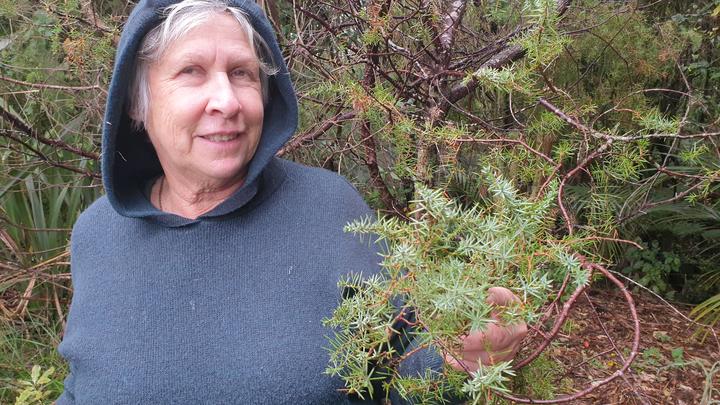 Marlene Busby with the juniper tree she planted in her Egmont Village garden 30 years ago. Photo: RNZ

About 40 trees were discovered as part of the Great New Zealand Juniper Hunt, and seedlings are now being nurtured at Massey University and at two locations in Taranaki.

Egmont Village lifestyle block owner Marlene Busby had aspirations of making gin herself when she snipped a bit of juniper bush at a garden centre some 30 years ago.

"At the time I sort of took a little bit. They were going to pull them out anyway so it didn't really [matter] any way.

"And anyhow I came home and I planted it - made a cutting out of it and I grew it, but little did I know I needed a male and a female, and it's never ever fruited."

Busby said she had no hesitation about getting in touch when she heard about The Great Juniper Hunt.

"Of course not. It's lucky that it's still here because it's very prickly, extremely prickly.

"In fact when you pick the berries you have to wear like rubber gloves because you just get so prickled." 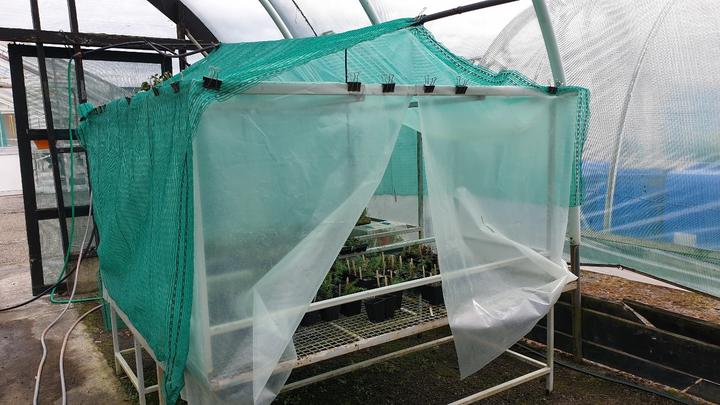 The hunt was the brainchild of husband and wife distillers Dave and Jo James of Juno Gin in New Plymouth.

Dave James said at the moment there are about 70 gin-makers in New Zealand, all using imported juniper berries or cones.

"And we will use about a tonne of berries [a year] when we get going full noise in our distillery, so if you multiply that by all the other distilleries throughout New Zealand and then think about that, there might be distilleries in Australia and elsewhere in the Southern Hemisphere who all import their berries from the Northern Hemisphere.

"So there's an opportunity there to not only support the local market, but also the export market."

New Zealand grown berries would have other advantages too, he said.

"So to be able to get the berries or cones here in New Zealand means that we actually have a wholly New Zealand-made product, which gives us quite an interesting sales aspect into the export market." 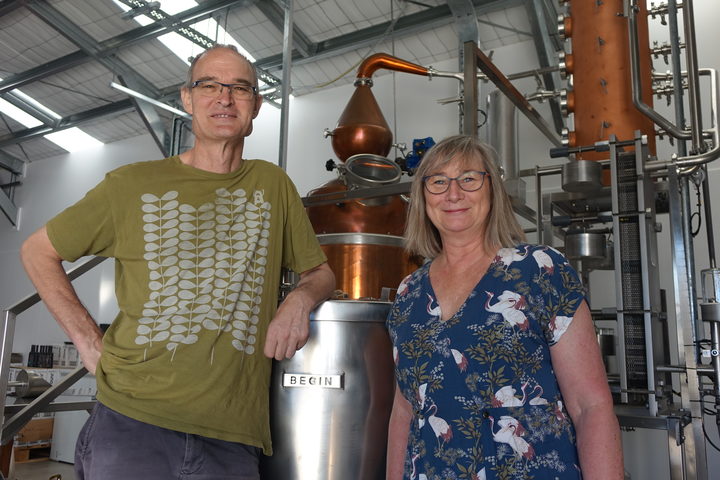 Jo James said the Great New Zealand Juniper Hunt turned up plants from the far north to the deep south, reinforcing that proposition.

"We are still doing some of the DNA analysis, but early results show that we've got a nice variety of plants.

"So, we're not looking at just a single piece of root stock that was brought into New Zealand back in the 60s or 70s and then propagated off just one tree. It looks like we've got a really nice mix of trees."

Horticulture Production lecturer at Massey University, Dr Svetla Sofkova-Bobcheva, is a scientific leader for the project.

She said analysis of New Zealand juniper berries collected as part of the hunt revealed they have a more bitter aromatic profile than their Northern Hemisphere cousins and have a different oil composition in the North and South Island.

That has Dave and Jo James very excited about the future for New Zealand gin.

Meanwhile, back in Egmont Village Marlene Busby was just happy her juniper tree might finally help produce some gin.

"Oh well, good. At least my little cutting that I purchased is carrying on the genes."

The seedlings sourced from the Great New Zealand Juniper Hunt should be ready for planting out in 18 months.