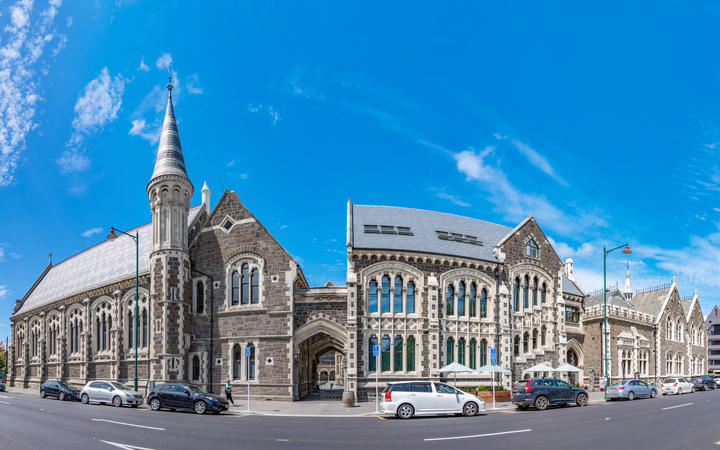 The Teece Museum based at the Christchurch Arts Centre. Photo: 123RF

The University of Canterbury is launching the survey ahead of its 150th birthday in 2023.

Canterbury College was established in 1873, at what is now the Arts Centre Te Matatiki Toi Ora, later becoming the University of Canterbury (UC) and moving to the new Ilam campus in 1975.

Terri Elder, who is the curator at the university's Teece Museum and Logie Collection which has been based at the Arts Centre since 2017, said the project has been two years in the making and was recently boosted by a $12,000 grant from Lottery Environment and Heritage.

She was confident the survey would find new items which provide an insight into the university's history.

"I definitely think that we will find new things out there because every time I talk to someone about this idea ... we do find that there are new objects and new ideas," Elder said.

She said the survey would involve individually cataloguing and photographing each artefact.

Elder said one of the recent discoveries was when the university moved its Logie collection to its new home at the Teece Museum, based at the Arts Centre.

"We had the opportunity to pack up and review some material in the Classics Department and we knew that we had a glass plate lantern slide collection, which Miss Marion Steven, who was the founder of the Logie collection, used for teaching purposes," Elder said.

"But what I didn't know is that hidden in one of the cupboards, at the department was an early lantern slide projector. I thought this was a fascinating thing, it was a very early German model and it had been readapted at some point in time to be able to be actually electrically powered."

The survey will be led by a team from the Teece Museum over six months and will provide research opportunities for University of Canterbury students.

"The aim of the project is to locate, record, research and photograph these objects so they can be shared in an online format," Elder said.