The newest candidate for East Coast, Meredith Akuhata-Brown, says activism is in her DNA and it's time to make change. 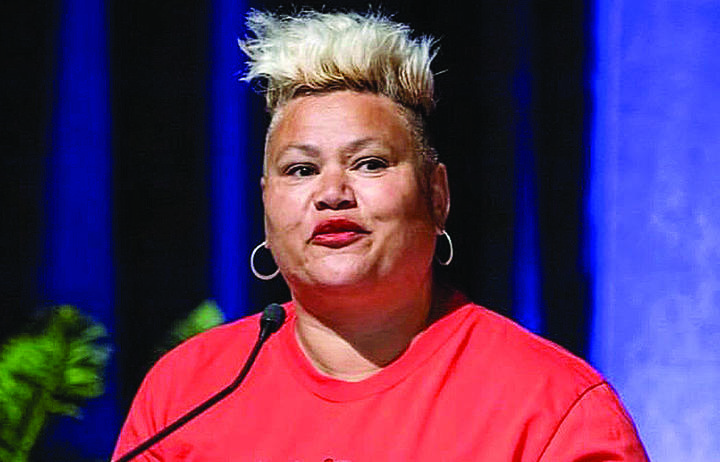 As the Green candidate for East Coast, Gisborne district councillor Meredith Akuhata-Brown promises to bring a strong voice to the region. Photo: Supplied

Akuhata-Brown was this week named as the Green party candidate for East Coast.

A current Gisborne district councillor, Akuhata-Brown said she had been an ardent supporter of the Green party for years and decided to step up after she was not offered any leadership roles within the council.

"I'm very excited about this opportunity, I am looking at this as an opportunity to grow my capacity as a governor in legislation and policy and decision making," she said.

"I see so many opportunities to speak for my region and to ensure government is hearing from someone who was born and bred here as often our MPs don't live within region. I think it's important to know the region you are representing."

Akuhata-Brown said the biggest challenges facing the East Coast included ensuring its voice was heard at government, disillusioned and disengaged rangatahi, environmental and climate change issues, equality amongst regions, housing and how land could best be used when producing food.

She said the East Coast was often looked at in terms of its gross domestic product when it should be looked at for what strengths it could bring to the table.

"Provincial New Zealand is often looked at like the poor cousin and we need leaders from here who will stand up and stand strong to push back against the consumerist capitalism that only looks at more and more roads for bigger centres.

"Central government is often out of touch with provincial New Zealand and often has old school thinking. It needs to be brightened up and Green is a good colour to do that."

Environmental issues and climate change were high on Akuhata-Brown's radar and she said it was time to "get active" and make everyday life and industry sustainable and green.

She said the technology was there and it just needed intelligent design.

"Housing is also high on the agenda, everyone deserves a dry, warm home," Akuhata-Brown said.

"I know what it's like; I grew up in a state house and was told I was poor even when I didn't feel that way. I have a strong voice for social justice."

She said the Greens had added value to the government through gains like the $1.1 million investment in nature creating thousands of green jobs, ending new offshore oil and gas exploration, banning plastic bags, increasing benefits by $25 a week, doubling the winter energy payment and providing the biggest boost for reforming sexual and family violence.

Akuhata-Brown said the Greens were also the most diverse party with Māori, immigrant, and LGBTQ+ list MPs as well as a high proportion of women.

As well as serving on council, she has served on district health board committees, school boards and is a keen hockey player.

She is a youth worker by trade and has worked in high schools as a sexual health educator and in Youth Court.

"I've been an active member of the community my whole life and being on council has given me more opportunities to grow my decision-making skills," she said.

"The Greens values align very well with me, at the root of a Green is an activist. It's in our DNA."