Almost 120 years after they sank to the bottom of the Tasman Sea, the discovery of the remains of Chinese gold miners is causing fury.

The New Zealand Chinese Association believes a documentary film crew should not have filmed body parts of some of the 499 miners who sank with the SS Ventnor in 1902.

The miners' bodies had been buried in New Zealand before being disinterred from cemeteries to be sent home to families.

They were being transported back to their homeland when the ship struck a reef and sank off the Hokianga coast.

Thirteen crew members lost their lives in the accident.

A film crew led by John Albert has been investigating the incident since 2012, and revealed yesterday that they'd managed to locate some of the remains inside the wreck, some 150m down.

His team deployed a remote-controlled camera system and managed to film inside the wreck.

"A lot of people kept asking, 'Have you found the remains?' And unfortunately for all the other times we had to say no but this time it was meant to be I believe." 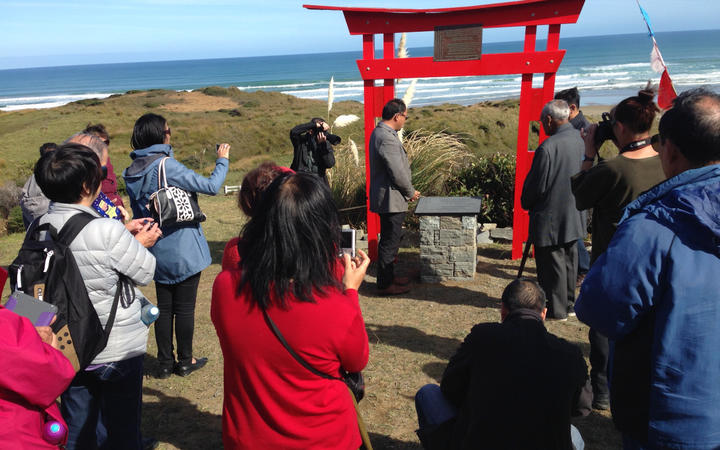 Albert said they'd got enough footage to make a documentary, which they're hoping to air at a Chinese film festival at the end of the year.

He's adamant they will not broadcast footage of the human remains, but there's strong opposition from some in the New Zealand Chinese community, including descendants of the gold miners.

"Everything we've done we've done with the strict protocols of respecting the dignity of those in the boat, from both a cultural and spiritual and humanitarian point of view," he said.

"I look upon them as early pioneers and I wanted to tell their story. The way I see it, it's no different to stories told all around the world about the history. If you go to Egypt, I mean, they've been digging up the pyramids for hundreds of years."

Ultimately, Albert said, he personally hoped the remains could be exhumed and returned to China.

"Everything I'd read up on until I started the project... was that Chinese believed that they needed to go home and be buried with their families otherwise they remain a hungry ghost."

But New Zealand Chinese Association president Richard Leung, whose wife is a descendant of the person who organised the repatriation of the miners' bones, is opposed to this idea.

Leung said it was not Albert's story to tell, and he wants the SS Ventnor and the remains of those who died left in peace.

"It's come to a point where our community are, well, not sick of [it] but it's getting that way with people trying to take our stories and tell them, showing no respect for the community," he said.

"I suppose it's like going to a cemetery and filming everything. It just doesn't sit right."

A memorial to the miners, and those who lost their lives on the SS Ventnor, is to be constructed at the new Manea Footprints of Kupe centre in Opononi.