The Ministry of Health has had to backtrack on its assurances the two sisters who have Covid-19 didn't have any contact with anyone on their trip from Auckland to Wellington. 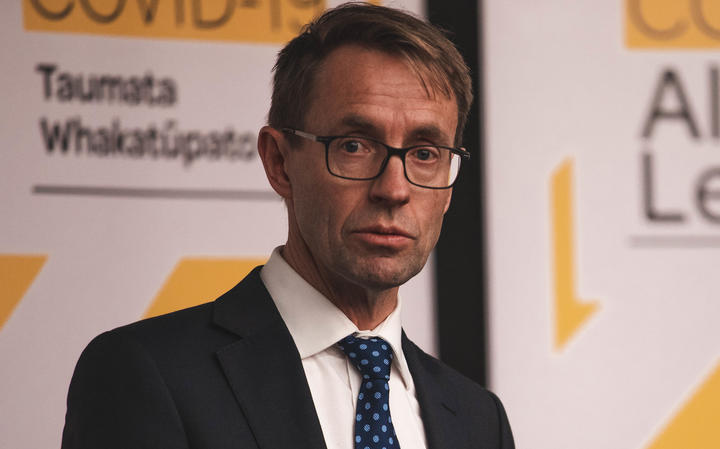 It's now emerged the two women did, as National MP Michael Woodhouse said, have contact with two friends as they were leaving Auckland.

Director-General of Health Dr Ashley Bloomfield told Morning Report there had been a slip up in the process.

"I've taken responsibility and we are sorting it out. I'm sorry that that happened."

It is now tracing 313 close contacts - instead of the previously stated 320 - of the two women that include hotel staff, guests, health staff, aircrew.

The ministry admitted last night the two women called the friends who had lent them a car after they got lost on an Auckland motorway.

The friends came and guided them to the right motorway, and were in physical contact for about five minutes.

Bloomfield said it was a "fleeting interaction" and both those friends had been tested and were now in isolation.

Putting speculation to the rest, he said the women travelled in a diesel vehicle to Wellington.

"Anyone with a diesel vehicle will know it is very possible to get from Auckland to Wellington and beyond on a single tank of diesel. And they've reassured that is indeed what happened."

The ministry also said friends of the two women had made contactless deliveries of food or care packages while the women were in self-isolation in the Hutt Valley.

The two women were "doing fine".

An Auckland gym revealed one the friends who lent the car had a one-on-one training session before taking part in a group class.

In a Facebook post, Lioness Gym owner said the gym still had two-metre distancing marks in its studio, but she said her sessions were "hands-on".

"No one in the gym needs to be tested," Bloomfield said.

However, the gym posted to Facebook this morning that they were advised by the friend that they had returned a negative Covid-19 test.

Yesterday Woodhouse told Parliament that the pair had hugged and kissed someone on their travels, but this morning Bloomfield clarified that that was not the case.

"There was a fleeting interaction. We wouldn't even usually consider a close contact ... they were not hugs and kisses. There was a very fleeting arm put around the women to provide comfort," he reiterated.

"This was so fleeting that actually, the women themselves who were very distressed did not recall that happening," he said, adding that it was listed in through the interview.

Bloomfield said on Saturday those who found out about the women's positive cases got tested and had been in isolation. The results are expected today.

When the two cases came to light, he said he informed all facilities that no one was to leave unless tested.

"Health checks are being done every day on people who are in managed isolation."

The testing was only added in last week in addition to the 14-day quarantine.

"Everybody is being tested on day three and day 12 who is in managed isolation."

The country wouldn't need to move alert levels at this stage, he said.

Not the first case to slip by - Woodhouse

National Party health spokesperson Michael Woodhouse said he stood by his claim that the women shared a "kiss and a cuddle" with friends.

Woodhouse told Morning Report the information came from a verbatim quote from a close contact of the women.

"Now he's [Bloomfield] dancing on the head of a pin having gone within 24 hours to say this was not true to now saying this is true but not all of it. It lacks plausibility."

He said his party still believed that Health Minister David Clark needed to step down for being "completely disengaged from his role" and not holding the ministry to account.

"If I was the minister this wouldn't have happened."

Woodhouse said this wasn't the first case of a person being released from isolation and before a test came back positive.

"I've become aware of another case from some weeks ago where a non-compliant person in managed isolation in Auckland actually spent some time in Wiri prison. The judge ordered a test to be taken before that person was released from isolation. The test was taken but the person was released prior to the positive result coming back."

He said that led to authorities scrambling to find the person - who came from Australia - who did not provide a forwarding address.

"After that scrambled search that person was found in Palmerston North."

This case was "masked" in statistics before the country began reporting zero daily cases.

Woodhouse said he was advised by some in managed isolation that many were not being tested at all.

He still supported opening the borders for international students but the testing and audit processes would be rigorous, he said. "It's not actually that difficult, I don't think you need to bring in the army, you just need to follow the process."

In and out and back in isolation

A man who was at the Ellerslie Novotel and finished his 14-day quarantine on the same day the women left has been told to get tested and is back in isolation.

"I have an elderly father who is 84. I've come back to Christchurch and caught up with him. I haven't seen him since February and he has major respiratory issues so I'm not real rapt that that this has happened."

He returned to Christchurch on Saturday and said he had been around a bunch of people.

"Me self-isolating for another couple of days, that's not a problem." However, he was concerned for his family.

He said in managed isolation people were encouraged to stay in their room and most did.