Some people stuck in hotel quarantine are frustrated they haven't been able to get outside for exercise after the shift to Covid-19 alert level 1. 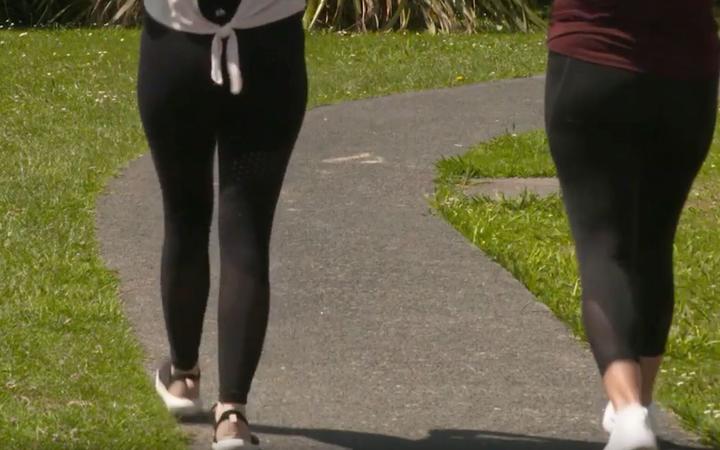 Since April, everyone arriving in the country has had to spend 14 days in managed isolation - or higher level quarantine if they have Covid-19 symptoms.

But with more people out on the streets, and no need for physical distancing, health authorities have had to re-think how people in managed isolation can get out for some exercise.

One woman, who did not want to be named, is about halfway through her two-week stint in managed isolation, at the Crowne Plaza in central Auckland.

While the country was at alert level 2, the woman said she was able to book in to go for a walk each day.

The walking group was escorted out of the hotel and down to Aotea Square, where they were about to spend about 40 minutes exercising in a fenced-off area, she said.

But since the move to alert level 1, what the woman refers to as the 'exercise pens' have been removed and she has been told the walks have been cancelled.

"Obviously I cracked a bit of a tantrum and said that was ridiculous."

The woman was told she would still be able to get some fresh air in a small, fenced off area in front of the hotel.

"The issue is it's under cover so there's no sunlight, it's freezing cold and you don't even really feel like you're outside."

Despite that, she had been out speed walking laps every morning.

"It's quite small and you go round and round. I actually started to get a bit dizzy this morning so I switched direction because I was like, I feel a bit funny, I want to go the other way.

"But I didn't want to count because it's not really nice [to know] you know."

Faith Barker has just made it to the end of her two weeks in managed isolation at the Rydges in the Auckland central business district.

Like those at the Crowne Plaza, they too were allowed out on supervised walks.

But Barker said there were some other options at the Rydges too, with exercise classes via video set up in conference rooms.

"There is also a rooftop place where you could go and it had what they called an outside field, because you could roll the roof back and you could kind of feel like you were outside."

Without the walks, Barker said there was not a lot else to break up the endless hours stuck in a hotel room.

"I found it difficult because at least the walk would give me something that would give me a structure like I would be, 'I'm going to go for a walk in the afternoon, so I'll do this in the morning'.

"I've definitely found just in general being in the hotel way harder than when I was by myself on lockdown where I was before. Not having things like cooking and cleaning, you're kind of just waiting in your hotel room for stuff to be brought to you."

The Ministry of Health responds

In a statement, the Ministry of Health acknowledged managed isolation can be a challenging experience for people, with their usual activities, including exercise, limited.

"Options for exercise while staying at a managed isolation hotel upon arrival into New Zealand vary between facilities, depending on the space they have available and the alert level that the country is in," the ministry said.

"With more people around in alert level 1, planned exercise has needed to be redesigned to ensure contact between people in managed isolation and the public is prevented.

"We try to make the experience as comfortable as possible for people in managed isolation, but there are limits on what can be done given constraints on space, and staff availability at each facility.

"Options may include exercise on site and walking, due to restrictions at some facilities others can go offsite on a bus for exercise."