Police Commissioner Andrew Coster has today announced that Armed Response Teams will not be part of the New Zealand policing model in the future.

A trial of the teams of police carrying firearms were launched in Counties Manukau, Waikato and Canterbury last year and ended in April.

In recent days, mass protests across New Zealand against police brutality - sparked by the killing of African-American George Floyd in the US - have renewed opposition to armed police and the response teams specifically.

Andrew Coster said the decision to scrap the teams was based on preliminary findings from the trial evaluation - which is yet to be completed - feedback from the public, and consultation with community forum groups.

"It is clear to me that these response teams do not align with the style of policing that New Zealanders expect," Coster said.

"We have listened carefully to that feedback and I have made the decision these teams will not be a part of our policing model in the future," he said.

"As part of this, I want to reiterate that am committed to New Zealand Police remaining a generally unarmed police service."

Coster said police valued their relationships with the various communities they served, and this meant working with them to find solutions that worked for both.

"How the public feels is important - we police with the consent of the public, and that is a privilege."

The trial aimed to have specialist police personnel ready to deploy and support frontline staff in critical or high risk incidents, Coster said.

"We can only keep New Zealanders safe if we can keep our staff safe too.

"That is why police has invested in the new body armour system, we have strengthened training, and given our officers more tools and tactical options."

"We will still complete the evaluation into ARTs and that will now inform the wider tactical capability work programme."

Any further options arising from this would undergo consultation with communities, Coster said.

There had been widespread opposition to the trials, including a Waitangi Tribunal claim being filed by justice advocates arguing the Crown breached Te Tiriti o Waitangi by failing to work in partnership with, consult, or even inform Māori about the trial.

She said Māori and Pasifika communities were already at the receiving end of a disproportionate amount of police force and adding guns to the mix would have only led to a death. 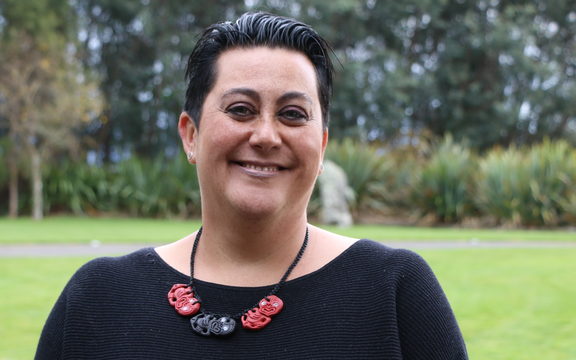 "It's important we have a police force that not only the public trusts but that commits to the kind of policing we want in New Zealand.

"And we've had a clear public message that people do not want routine arming or militarisation of New Zealand police."

She said if the ARTs had been rolled out as a permanent fixture it would have only been a matter of time before someone was killed.

"I don't buy the fact that the police only drew their firearms five times. At some stage someone was going to harmed.

"I think the fact that the trial was only six months is the only reason there wasn't a fatality in that time."

Last week, Labour Māori Caucus said they had met with Police Minister Stuart Nash and made their views opposing the general arming of the police force very clear.

"While the decision to deploy the ART trial was independently made by the then commissioner of police, and not a government initiative, we as a caucus acknowledge the general feeling of lack of consultation about the trial that exists - especially within Māori," Labour Māori caucus co-chair Willie Jackson said.

A survey on on the ARTs found 85 percent of participants did not support the trial.

Justice reform advocate Laura O'Connell Rapira said 91 percent of people surveyed were less likely to call the police in family violence situations if they knew the police had guns.

Green Party co-leader Marama Davidson said she welcomed the decision and communities were "better off" without ARTs.

"This is something to celebrate. We commend the New Zealand Police for listening to the public outcry during and after the ART trials. They have listened to the community, and made the right call," Davidson said.

"This decision today reinforces the need for people to make their voices heard. We know that people of colour, in particular black and brown communities, do not feel protected with armed police on patrol."

However, Davidson said there were still systemic problems police needed to address.

"There is still work to do in terms of ending systemic discrimination and systemic racism within the police, it has been well established that is still continuing and that's why the further arming of police was heading in the wrong direction," she said.

She said more holistic solutions were needed instead to keep communities safe, such as mental health and youth support.

The party's justice spokesperson, Golriz Ghahraman, said the move was a step "against the American style militarisation" of the police force.

"We do not need patrolling armed police in New Zealand. This is the right decision from the New Zealand Police."

National Party police spokesperson, Brett Hudson also agreed that the commissioner made the right choice, saying that firearms were already available to police when needed for public safety.

"Frontline officers have access to firearms in their vehicles, they have the authority and discretion to deploy them as they see necessary," he said.

Hudson said there was clear evidence from the trial that there was no need to expand or make the ARTs permanent.

Meanwhile, New Zealand Police Association president Chris Cahill said he understood the Commissioner's decision, but it was disappointing that the positives of the ARTs were now gone.

"The initiative was hobbled from the start because of a lack of consultation on the concept of ARTs, and no clear communication on the aim of the trials. The concept was to provide safer and wider tactical options to deploy to our most at-risk communities," Cahill said. 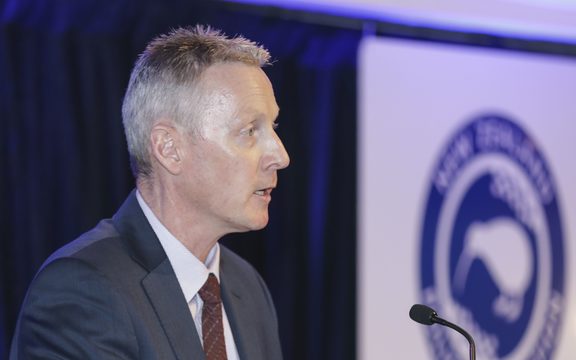 "If you don't build solid foundations on issues as potentially volatile as armed police, you can't possibly hope to take the community with you, and that is exactly what has happened in this case."

He said the unveiled ARTs' vehicles made them look "pretty sinister", even though everyday police patrol cars also contained glock pistols and rifles.

The association's members were supportive of having the ability to deploy armed and experienced officers to critical incidents quickly and efficiently, he said.

The association was asking for plans to address the communities that were still at risk, such as those with high gun crime rates, Cahill said.

"I also ask those who have argued passionately against ARTs to now work equally as passionately with police to expose and reject the proliferation of illegal firearms in the communities most at risk."