Two orchard workers, who laughed as they sexually violated a woman they had abducted, have been jailed. 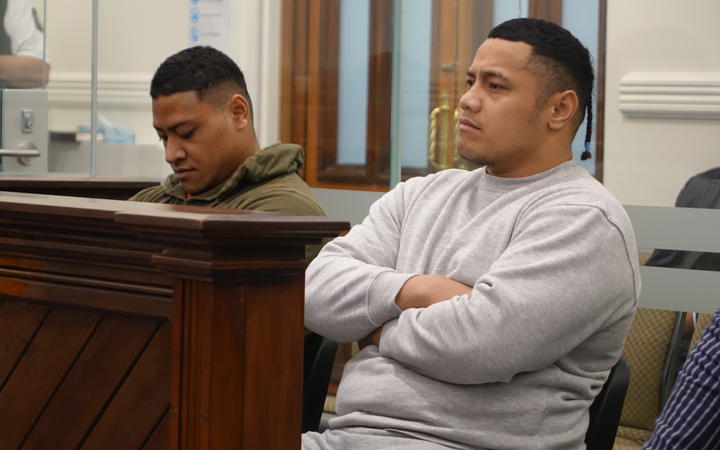 Taniela Siale and Suliasi Fangatua gained the woman's trust by offering her a ride home from the Victoria Arms Hotel in Cromwell in February last year.

Instead, the seasonal workers dragged her down a grass bank and assaulted her on the shore of Lake Dunstan.

Siale and Fangatua each pleaded guilty to charges of sexual violation and abduction in January. But sentencing was delayed after the pair later claimed innocence while speaking to a probation officer.

Today's sentencing in the Dunedin District Court went ahead after each reaffirmed their guilty pleas to Judge Kevin Phillips.

The court heard the pair arrived at the Victoria Arms Hotel about 1.45am on 3 February last year.

Neither knew the 35-year-old victim.

CCTV footage captured the pair leaving only minutes later as the hotel closed.

It later showed the woman walking to a carpark across the road from the hotel with two men.

"It appears that she had asked or discussed being able to get a ride back to her home with you," Judge Phillips said.

"One of you grabbed her by the wrist and began to drag her down towards the lake. She was struggling. She managed to get her cellphone out of her handbag to call for help repeatedly."

The pair carried her down towards the lake, one by the upper body and one by the lower body.

"Her handbag was taken from her and thrown in the lake," Judge Phillips said.

After dragging the woman to the ground, the pair held her down and undressed her.

"She was struggling and screaming," the judge said.

"You Fangatua held her at the upper body and head, putting your hand over her mouth and nose to stop her screaming and at one stage you were holding her by the throat. She was crying."

The pair then violated the woman.

"The statement made by the complainant says you were talking to each other in Tongan and laughing as the two of you did this.

"She was at times unable to breath because of your hand being over her mouth and nose. She became fearful for her life and changed tact, trying to talk to you and reassuring you both that she wouldn't say anything and convincing you finally to stop."

Siale handed the woman his sweatshirt after she complained of being cold.

She ran back towards the hotel, while the pair walked home.

At 3.24am she banged on the door of hotel and told the publican she had been raped.

When interviewed by the police, the pair denied having any contact or interaction with the woman.

"You have had a major impact upon her, upon her family, upon her life. She describes in that victim impact statement as being violated, hurt, dirty, worthless, helpless, couldn't breath and thought she was going to die, and the memories of the incident will be with her for the remainder of her life," Judge Phillips told the men.

Fangatua offered a letter of apology to the court, but Crown prosecutor Craig Power said it should be given little weight.

"In my submission both defendants have had months to write letters since they pleaded guilty if they wished to do so and this may be seen as too little, too late.

"But hopefully the contents of those letters are genuine, but ultimately the court may form the view that there's no basis for further credit for either of them."