A consortium of disability groups bidding for a $32 million telecommunications contract has lost out to an American call centre operator. 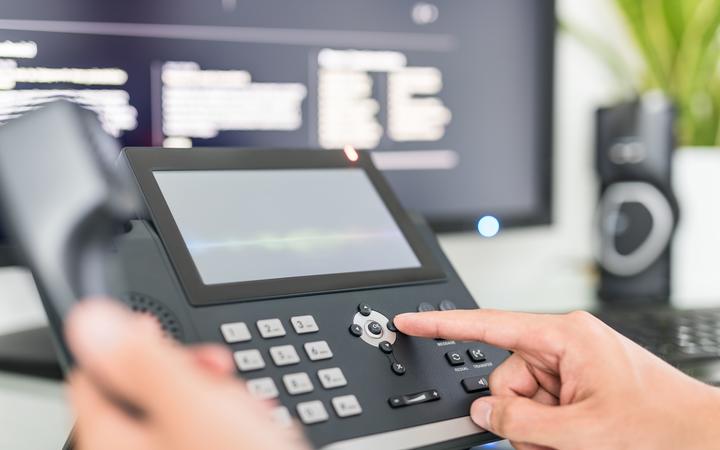 The contract to run telecom and digital communications for thousands of deaf and hard of hearing people has been awarded to Concentrix.

Now some losing consortium members are questioning the government's commitment to 'buy local'.

An Australian advocacy group says the US company has compromised similar services across the Tasman. Its relay services in Australia are under fire.

Hearing New Zealand president Tony Rush believes the government has awarded the contract on the cheap.

"I'm a bit terse, a bit angry, because I think there was a wonderful opportunity, a community-based initiative which has been lost through pretty inept handling and consideration of what was actually best for the people who need it," Rush said.

The disability groups say it was unprecedented for them to mount a joint bid this way, aiming to realise their mantra of "nothing for us without us", for a service that is as vital to thousands of deaf and hard of hearing as good broadband was to everyone during the lockdown, but has been run down.

The contract runs for four years with renewal rights of up to three further years.

The telecommunications relay service (TRS) has 10 different services such as for users to call people using phone text or the internet, put captions to phone calls for the speech-impaired, and provide sign language interpreters for video calls.

The current 15-year-old system run by another US company, Sprint, was not only outdated, but poorly resourced and promoted so many people didn't know about it, CCS Disability Action chief executive David Matthews said.

"We felt that we had done a particularly thorough job and had access to sufficient technical expertise to make a worthwhile bid," Matthews said.

"We were a consortium of New Zealand disability organisations and ... we had hoped, I suppose, that would have been given some weighting in the decision making process.

"Only those who actually were involved in making the decisions can say whether that was or not. But obviously in the end, it wasn't [enough]."

The consortium was backed by a Swedish company experienced in relay services, T-Meeting, and its local representative Paul Buckrell, who previously advised the Ministry of Business, Innovation and Employment on relay services.

Bid leader Deaf Aotearoa said it did not agree with selection but must move on, so has pledged to both support Concentrix and hold it to account.

"We are disappointed with the outcome of the tender process," chief executive Lachland Keating said.

"We have made it clear to MBIE that if the service provided by Concentrix is sub-standard they can expect criticism."

Over the Tasman, the chief executive of Deaf Australia, Kyle Miers is doing the same.

"When they awarded [the tender] to Concentrix, I met with the people from Concentrix and my first question was 'What is your experience in the delivery of the relay service for deaf, hard of hearing people?'," Miers told RNZ by email.

"This essential service should not be compromised with a provider, who has zero experience, which impacts the quality and provisioning of service for the sake of budgetary requirements to the economic disadvantage of the deaf, and hearing- and speech-impaired," Miers said.

Concentrix took over in Australia with a $A22m-a-year bid, well under the $A31m the government had been spending on relay services.

In New Zealand, the 2020 Budget provides $4.7m per year for the service, an amount that has changed little since 2013.

The Ministry of Business Innovation and Employment says it has picked the right supplier to get "the best deal for everyone".

"MBIE, with Audit New Zealand probity assurance, is confident that the procurement process was fair to all suppliers, followed established procurement rules and will deliver the outcomes sought for the service," it said in a statement.

Concentrix had confirmed it would use local resources for the relay contract, the ministry said.

It has 80,000 employees in call centres in the Philippines.

Joe Gallagher of the E tū union said the experience with Concentrix "has not been a good one".

"They have an extremely anti-union modus operandi. They are not known an industry leading player in terms of their terms and conditions, nor how they employ people."

The government should support businesses with a strong New Zealand connection during the pandemic recovery, Gallagher said.

"This clearly looks more like a decision about cost as opposed to some real kind of balanced application ... because this is an overseas company with, really, not a very good record around employment relations.

"I do not think that it will be a positive experience for our deaf community."

In Australia, the ABC has reported the company paid $4m tax on total income of about $120m.

US reports count its parent company, Synnex, among the welter of multi-billion-dollar US corporates that keep income parked in low-tax jurisdictions.

Its New Zealand country manager Tim Roberts told RNZ the company was unable to comment on any client programmes due to confidentiality.

"Concentrix refutes any impropriety. We remain committed to our New Zealand business and serving our clients, staff and communities around the world with excellence."

The relay contract was for a critical service that the company would modernise so it served users well, he said.

"We believe that our offering will modernise the relay service and provide a platform to continually evolve and, ultimately, improve outcomes for deaf, hearing-impaired, deaf-blind and speech-impaired New Zealanders.

"We are excited to start work on this project and are honoured to serve this part of our community."

The ministry said its due diligence on Concentrix included referee checks on both sides of the Tasman, company office checks and a review of audited accounts.

David Matthews of CCS said questions about the ministry's procurement remained, but he hoped consortium concerns after hearing about Concentrix's services in Australia would be allayed.

Similarly, Tony Rush of Hearing New Zealand would be happy to be set right - though he added there is no way Concentrix could ever match what the consortium was offering: 70 existing centres to give support to users who were mostly not tech savvy and had long been put off by outdated services.

"I don't believe for a moment that they [Concentrix] will, how can they?" Rush said.

The consortium's technical adviser, Paul Buckrell, of T-Meeting, said that face-to-face support would drive user numbers way above the paltry 4000 or so currently, benefiting up to 200,000 people.

But this, especially if combined with the government distributing more tech hardware to people for free, as it needed to do, would have pushed up costs, Buckrell said.

The ministry said under the new contract, support would be offered to users both online and in person, and new tech brought in while old systems were phased out.

"These new services will take advantage of digital devices, allowing the user to access the relay service through their own phone, laptop or tablet.

Outdated textphones called TTY phones would continue to be supported for a period of time.

Another service, CapTel, that offers live captioning on a special handset, is not provided in Australia by Concentrix. It is unclear what its future is here, though the Telecommunications Forum said newer tech could provide this service plus a lot more, and the industry wanted alternatives.

Concentrix services here would use an Omni platform, and Skype for video, the ministry said.

The deaf community has criticised Skype as being unreliable for relay services.

Concentrix takes over the contract next February.