A Dunedin family wants answers and assurances after a 23-year-old man tried to take his own life during lockdown, just 10 hours after being discharged from a psychiatric hospital. 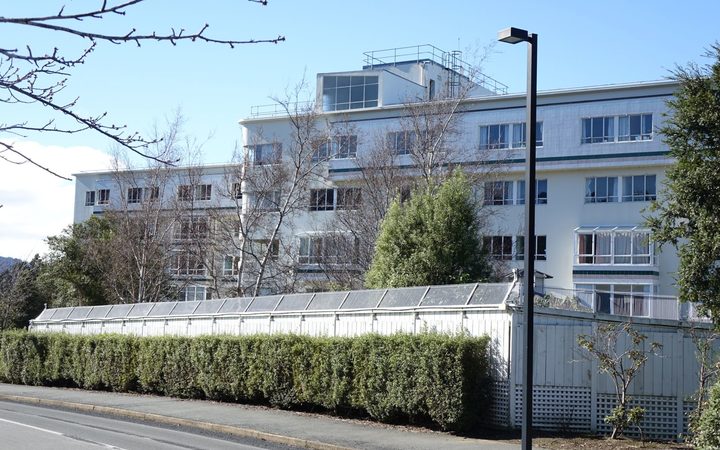 The man was released from Wakari Hospital in Dunedin earlier this month, two days after being admitted to an acute psychiatric ward. Photo: RNZ / Lydia Anderson

The man's mother, Vicki, told RNZ she was offered no support when her son was released into her care earlier this month, only two days after being admitted to an acute psychiatric ward of Wakari Hospital.

"It was so awful.

Her son, who RNZ agreed not to identify, was admitted into a psychiatric ward of the hospital in Dunedin on 9 May.

Two days later, he was administered a slow-release antipsychotic drug and discharged late in the afternoon into Vicki's care.

But early the following morning, he attempted to take his own life.

Vicki said she trusted the doctors' decision to discharge him and thought they would do what was best for her son.

"That's why we put him in there. We said 'he needs help' and he said he's fine. He'll just tell everyone he's fine."

But the young man was far from fine.

Only about 10 hours after his release, he attempted to take his own life in the bathroom of Vicki's home after she had gone to bed.

It was only the thud of him collapsing on the floor that alerted Vicki and gave her son the time needed for an ambulance to arrive and rush him to Dunedin Hospital's emergency department.

She blames herself for what happened.

But the man's aunt, Maria, said he never should have been discharged in the first place.

"He couldn't make eye contact. He couldn't speak. They diagnosed him, he was in psychosis, and they discharged him while he was psychotic to his family who couldn't possibly care for him," Maria said.

The family felt let down by the Southern DHB, Maria said.

"I'm sure they're really sorry they released him but we could've gone to a funeral on Friday and we'd have lost that boy.

"We're really concerned as a family about other families going through the same thing - that trust their family member into the care of the DHB to be let down. It's just wrong."

He was now back in Wakari Hospital's care.

But was due to be discharged again tomorrow, which Maria said was also concerning for the family.

"I don't think he's well enough to come out on Friday. He really wants to get out but people always want to get out of hospital.

"But I don't think he should be released, particularly on a Friday because it runs into the weekend and he wouldn't have any care until Monday. The only care he would have is EPS [the emergency psychiatric service], which would traumatise the family again."

Vicki said she was given a tear-filled verbal apology from a doctor, but the family wanted Southern DHB to formally apologise and to ensure no other family would have to go through what they have.

"I can assure you that our teams are focussed on keeping working with [him] and his family at this very difficult time," Dr Mason said.

"While we think it is unhelpful to publicly discuss details of individual patient care for reasons of privacy, we can comment in general terms about the challenges of mental health care.

"Southern DHB's Mental Health, Addictions and Intellectual Disability Service cares for people at a time when they are mentally unwell and can be extremely vulnerable. Our staff are qualified professionals dedicated to helping and caring for them and their families, and routinely work with families and community mental health providers.

"Mental health poses particular challenges for both carers and families. Our staff are there to treat and support them, but when there is an unexpected event, it is extremely distressing for everyone involved, particularly for the patient and their family.

"When unexpected events occur, mental health staff keep working with the patient and their family to assess the necessary level of care, look at what happened and plan future treatment. Where applicable, any learnings will also be applied to future patients and families."

In response to a question about offering the family a formal written apology, Dr Mason said: "I and the other staff involved are sorry whenever anyone feels driven to harming themselves, and has to return to hospital."

People could still be experiencing symptoms when discharged from hospital, he said.

"Most mental illness has developed over a prolonged period of time and takes time to recover," Dr Mason said.

"Hospital acute services focus on stabilisation and planning, and people will often still be experiencing some symptoms when they leave hospital.

"Everyone who leaves hospital will have a care plan in place that they and their family will be aware of, and this plan will address what to do if there are concerns about self-harm or suicide. Follow-up will be handed over to either primary care or a secondary service.

"Our aim is that every patient in the service will have a transition plan that outlines for them and their carers what symptoms they have been experiencing and how to cope with these. This will include contacting mental health services or emergency services in urgent circumstances, and the details for regular care and contact."

For more information about support and services available to you, contact the Mental Health Foundation's free Resource and Information Service on 09 623 4812 during office hours or email info@mentalhealth.org.nz