The Prime Minister's comments encouraging employers to explore a four-day working week are being met with a flurry of mixed reactions from the business and tourism sectors. 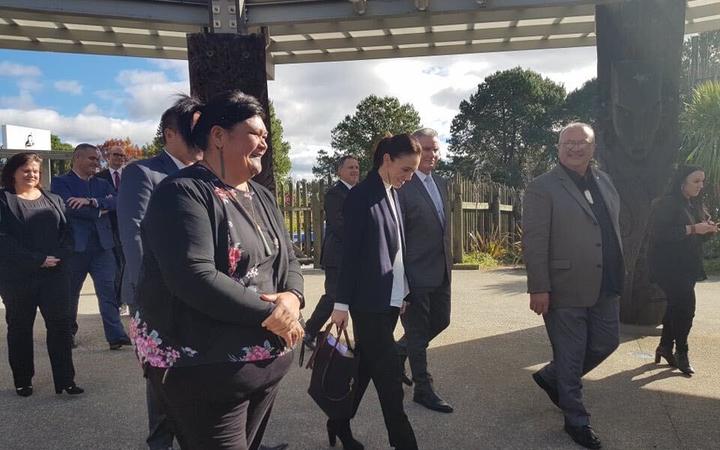 Jacinda Ardern floated the idea of a four-day working week when she visited Rotorua this week. Photo: Supplied

Jacinda Ardern floated the idea during a visit to Rotorua this week, as a way of encouraging people to holiday more and kickstart domestic travel.

While some say it is out of the question, others say now is the time for considering ideas outside the box.

"I think any idea is worth considering at the moment.

"A three day weekend, we know, encourages people to travel and move around the country so that would be good for tourism. It's obviously not going to work for every industry.

"We wouldn't be expecting those people who are doing it tough to then be considering using that time off for travel and spending money on a holiday."

But the idea has been quashed by Co-operative Business New Zealand which represents the likes of dairy giant Fonterra, Foodstuffs and Mitre 10.

Chief executive Roz Henry said its members support flexible working hours, but four days is not feasible for people in farming, for example.

"The majority of these organisations either supply or support the primary sector, and the cows and the sheep and the produce don't wait.

But an organisational psychologist said science tells us the idea can work well.

"It gives more leisure time, it can increase satisfaction with the job and it doesn't necessarily mean people are less productive at work, but it has to be carefully planned."

Important caveats include being clear about expectations and making sure the arrangement does not add to stress, she said.

The most well-known case of the four-day working week in New Zealand was with Perpetual Guardian in 2018.

Dr Gardner said this concept would not work in all industries and job titles.

"The flipside to some businesses, particularly in hospitality, is you could end up paying a lot more in wages and time and a half, that sort of thing."

He said hospitality providers, for example, are contract-bound to pay staff time and a half if they work extended hours.

"If employment laws were looked at to allow businesses to do that sort of thing without having to incur these types of time and a half costs and so forth it could be a really positive thing."

McDonald said bookings were looking strong for Queen's Birthday weekend, and the domestic market was being supportive so far.

He said the biggest boost for him and many like him though, would be a Trans-Tasman bubble, which he hoped would arrive in time for the ski season.