Sixteen people were arrested and $1 million in assets have been seized in a drug bust in Hawke's Bay this morning. 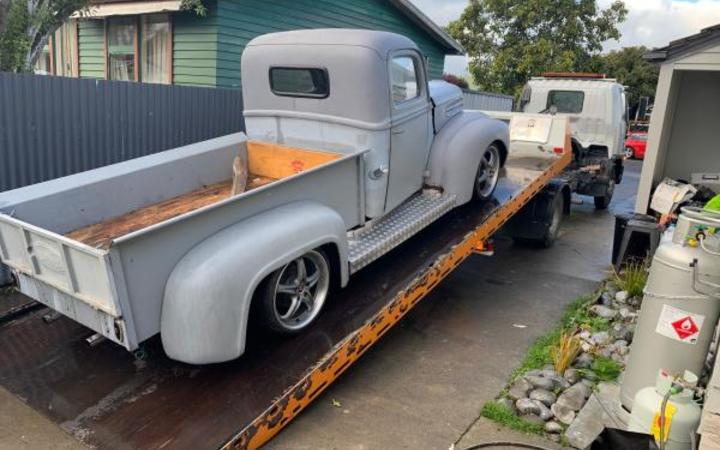 One of the vehicles seized in today's bust. Photo: NZ Police

In a release, Police said searches were carried out after a "significant" operation by the Hawke's Bay Organised Crime Unit focusing on the sale of methamphetamine and cannabis by an organised crime group.

"The majority of those arrested today were either patched members of the Mongrel Mob or their associates, including the leader of a Hawke's Bay Mongrel Mob chapter," Police said.

They said 10 firearms, a house, vehicles, and motorbikes were also seized in the raids.

Those arrested in the raids will be appearing in Hastings District Court on 20 May, facing a number of serious drug and firearms charges.

"This morning's warrants are the culmination of an ongoing operation by the Organised Crime Unit into the sale of methamphetamine and cannabis throughout Hawke's Bay," Detective Inspector Mike Foster said.

"Organised crime is all about money attacking the profits of organised criminal groups is a key part of our strategy to deter and disrupt their operations, and combat the illegal activities they're involved in."

Police said the warrants executed today were related to the recent arrest of three senior Mongrel Mob members in Auckland and Flaxmere.

About $315,000 cash was seized in relation to those three arrests, and all three men were charged with conspiracy to supply methamphetamine.

"These organised criminal groups cause considerable harm in our communities," Foster said.

"They are focused on making money through illegal activity and prey on the most vulnerable members of our community to do so."

"Just how little regard this group has for our community was again demonstrated during lockdown, as they continued with their illegal activities, with no care or concern for the very real risks their activities posed."