The heartbroken whānau of Pukekohe butcher Roy Green say they are relieved the government has loosened restrictions on tangihanga. 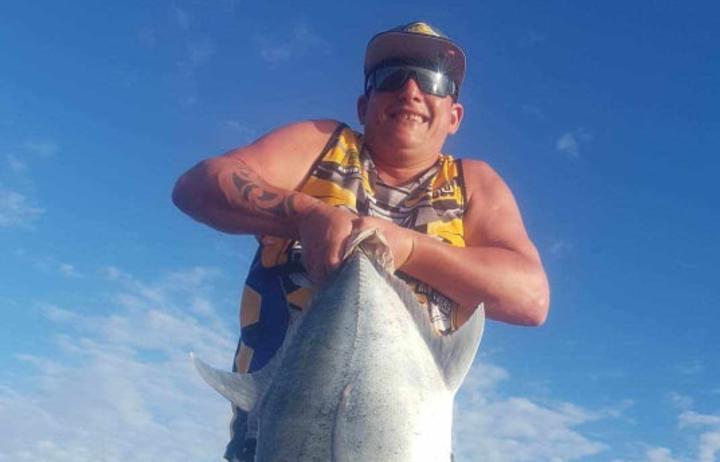 At the time, level 2 rules stipulated only 10 people would be allowed at his tangihanga, so family were facing the prospect of turning away close relatives.

His family sent a letter to the prime minister last night urging for the rules to be relaxed, stating: "Is there any way we can do this in a safe way to allow the people who love and care about Roy to have the opportunity to say goodbye?"

Green was a well-known figure in Pukekohe. His family is confident half the town would turn up to his tangi, if they could.

The government announced earlier today that up to 50 can attend tangihanga or funeral at one time - up from earlier limits of 10 people.

His sister, Rachel Green, said the family were "so relieved" to hear the change, but 100 would have been the magic number.

"We're a Māori family and we're a big family and a very close family. If we could get 100 there, would be over the moon, ecstatic and that would at least give us the ability to have his family there and a few of his closest friends."

Although the limit is 50 - that is at one time, so different groups could rotate through over different days.

The number wouldn't allow for the farewell to be opened up the community as whānau would have liked, but it would help.

"We will look at opening it up and doing a memorial for the community at a later date," Green said.

"We can't divulge what we're going to do, because we don't want everyone to rock on up. Because how can you say to people 'don't come, go away'."

Green said it was more important now than ever for people to feel supported through hard times.

In a recent interview with TVNZ, Roy had described the stress of being unable to open his Mad Butcher store during lockdown while still facing outgoing costs. His business went into liquidation last week.

"Roy's passed away due to mental health issues," Green said.

"And the grief alone for the family is a mental health issue as well. And without the right support and the right connections, it's hard. And I think being able to open up and having more people there for support for everybody will make it easier on families to be able to grieve for their loved ones."

Roy was a loyal sponsor of Counties Manukau Rugby, where he had a lot of friends.

One of them was high performance manager Dameon Chaney - who also went to Wesley College with Roy.

"He wasn't just a sponsor, he was a mate," Chaney said.

Chaney said Roy sponsored a Jonah Lomu jersey that the team wears when it plays Wellington, and he would like Roy to have one.

"I do have one of those jerseys here and if I get the chance I'll be taking that down. But if we're able to take a convoy down, we'll have to look at how we do that as a union and how we pay our respects to a good man."

Another part of the community Roy got behind was the Franklin Family Support Trust, which provides social services including budgeting advice, and helps families dealing with personal issues.

Trust general manager Jessica Timmins said Roy never used the Trust's services himself, but sponsored several hams to the Trust for the past three years over Christmas.

"Those hams went to feed a lot of needy families over Christmas so it was a really worthwhile cause. He was such a big personality and anything he would do to help he would do."

Timmins said even though the Trust was not yet back at work, it has heard a lot of people in the community had been struggling in isolation.

"Mental health has been huge through all this. We have heard from a lot of clients who have said 'we just need to talk to somebody'. Just the anxiety of being away from everyone has been really hard on people."

The health measures announced today for funerals and tangihanga include physical distancing and hand hygiene, with no food and drink able to be served afterwards.