A union and a former Nelson mayor have raised questions over the employment of three members of one family at a council-owned firm. 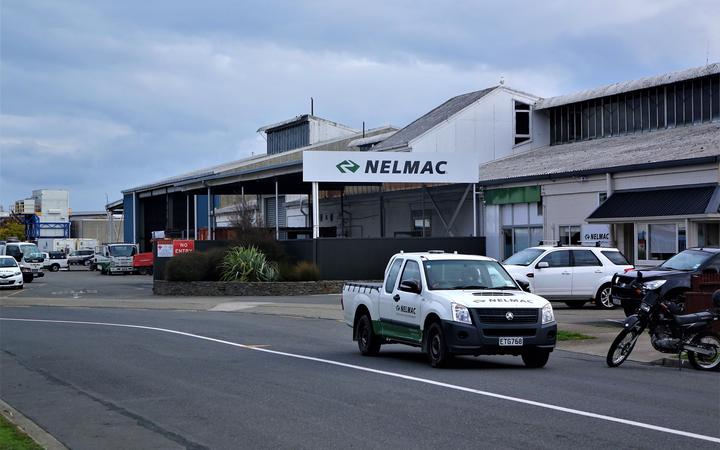 But the Nelson City Council-owned maintenance firm, Nelmac, said thorough processes were followed employing a new chief executive and then two of her family members all within a year.

Six months later, her partner was hired fixed-term as a contracts manager, and recently her daughter was also hired as Nelmac's fleet and corporate services coordinator.

Sheard said she had nothing to do with the hiring and neither did she alert either of them to the roles.

"I can categorically say no, I didn't. They were both responding to the external advert that we ran," Sheard said.

"It was totally taken out of my hands because we have a process - it's open to everybody in the business - everybody can see it, and that's the way we work."

Nelmac was 100 percent council owned and employed more than 260 people.

It maintained the city's parks and reserves, and operated utilities such as Nelson's water treatment plants, the marina, crematorium and cemeteries. It was also contracted by the private sector to provide services such as landscaping and gardening.

Nelmac board chairperson Rob Gunn was aware of the relationship when hiring Sheard's partner, and said in a statement that the appointment was the result of a thorough process.

"We believe that it is crucial that both our communities and employees benefit from Nelmac being able to source the best talent for any position in the business, in a fair and open way," Gunn said.

"Our vacancies are advertised both externally and internally to ensure this aim is supported."

Gunn confirmed that Sheard was not involved in the interview or appointment process, that he had interviewed her partner himself "due to any perceived conflict", and that Sheard's partner did not report directly to her.

Companies Office records showed that Sheard was a former director of international facilities management company OCS, and a number of other companies held by the group.

Sheard said it was a coincidence they had ended up working together now. She said her daughter had a proven record in the role she brought to Nelmac.

"The other person that has a link to me is actually not permanently employed. They're here to help us with one of our contracts and they're on a fixed term which ends shortly."

A union leader who has had dealings with Nelmac said the appointments did raise questions.

Amalgamated Workers Union Wellington regional secretary Robert Popata said the union had always had a good relationship with the firm and with its HR team, and it was surprised to learn of the connection among the three.

"They [the HR team] have a lot of currency as far as integrity goes with us so when we were told of this it did surprise us - you know they say the best person for the job but you can't tell me that there weren't locals who couldn't do them," Popata said.

RNZ approached the Nelson City Council for comment, but was told that chief executive, Pat Dougherty, would not comment on the internal staff appointments of another organisation.

"As a council-controlled trading organisation, our relationship with Nelmac is through their chairman and board of directors," the statement said.

But a former long-serving Nelson mayor said transparency was critical in companies and organisations which had publicly funded income streams.

Paul Matheson, who had spent decades in local government and who was now a health board member, said the bar was a lot higher than in the private sector.

"It doesn't take away the fact that the person or people may have the abilities you need, but certainly you want to avoid any perception at all - not just from the public but from staff members as well, so yeah, the bar is high," Matheson said.

A Nelson lawyer, who specialises in employment matters, said companies that employed family members risked the perception that good people were turned away in preference for the boss' family.

Steven Zindel said employers also risked accusations of favouritism so quality of treatment had to be fairly and openly handled.

He said managing those risks did not end once a person was appointed.

"After the hiring stage, then treatment and advancement within the company should also be dealt with on an arm's length basis so that there's no allegation that the boss is feathering the family nest."

Jane Sheard could not reveal how much her partner and daughter earned, other than to say it was in line with equivalent roles.

"And in both cases, they are below other people who have an equivalent job title within the business. So, [their pay is] within their bands and they're both towards the bottom of that - they're certainly not at the top end," Sheard said.

Nelmac said it had worked hard to ensure there were no job losses during the Covid-19 crisis and had continued to pay staff over and above the government wage subsidy throughout.