Renovations on a heritage building in New Plymouth have set tongues wagging after they revealed signage dating back to when the city only had four-digit phone numbers. 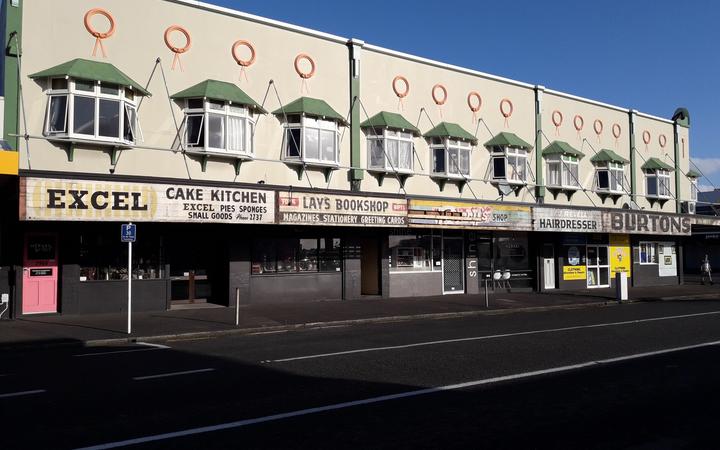 Stories have emerged about a fish and chip shop owner who mysteriously disappeared, any number of liaisons at Penny's - an upstairs restaurant - and a secret smoking den underneath the stairs of one shop.

Grocer James McNeil had the reinforced concrete building constructed in 1925 at a cost of about 3000 pounds.

McNeil never occupied the building - which originally carried his name - and instead its tenants included a broad range of businesses like James Roch's fruit shop and William Revell's hairdressers as fixtures right through to the 1950s.

Bruce Neale is the current owner of the building on the corner of Devon and Elliot Streets, which has been known as the East End Building since 1939. 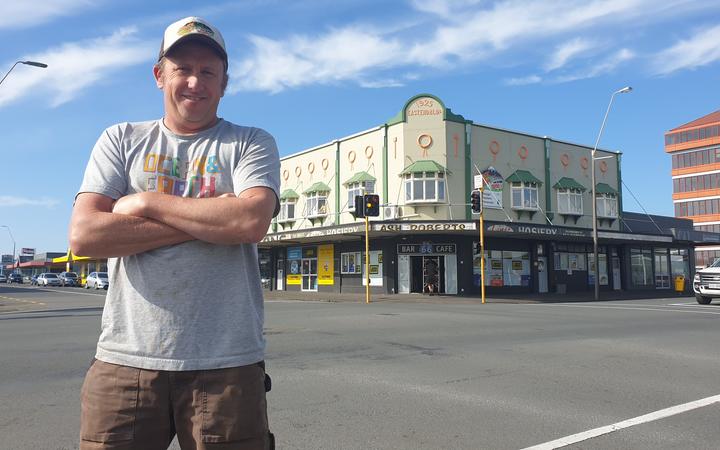 He said safety improvements had revealed timbers and signage.

"It's 95 years old and a lot of that old native [timber] has suffered a lot of weather damage and while we were tidying up the work on the bar downstairs we just decided to keep going. A lot of that old rimu was just held together by the paint so yeah we just cut the hanging stuff off before it fell off."

As the signage emerged Neale decided to show it off.

"Yeah as the layers came off it it just sort of revealed itself and then I said to the boys on Friday 'lets just unwrap the lot and leave it there for the weekend', just to let everyone have a look.

"Good God people have been ringing up, the phone's been going crazy and there's people stopping and taking photos, so it was cool to do for just a few days." 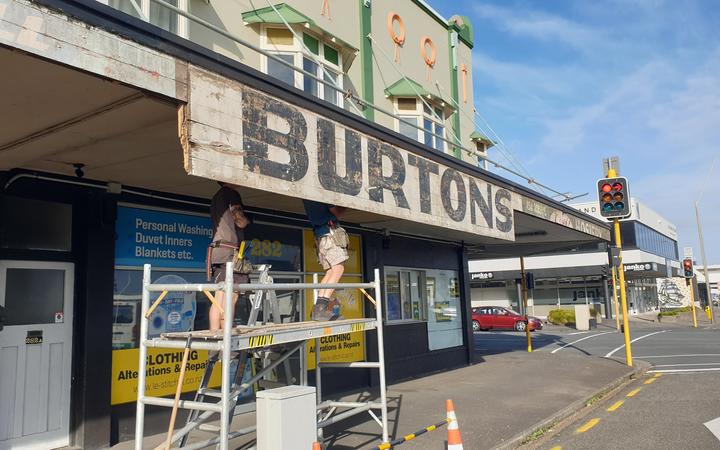 Neale said one of those phone calls involved the fish & chip shop.

"Apparently the husband mysteriously disappeared and that's about all we know. Yeah I guess it was a husband and wife kind of fatty and skinny relationship and he just either did a runner or ended up in the deep fryer, I guess well never know."

Its owner, Kelly Whittaker, can remember visiting it as a child. 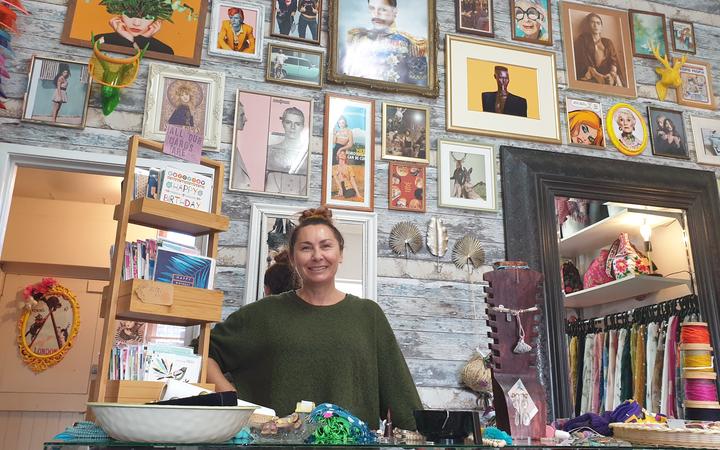 "I remember coming here as a kid and going upstairs ... was it called Penny's? ... The restaurant upstairs. I can remember going up there for dinner and coming into the shop I'm in now which was a fish & chip shop. Next door was Shakely's, the pizza place, and I'm a hairdresser from a long time ago so I remember the hair salon next door."

Whittaker said she would've liked the signs to remain up, but would repurpose the fish & chip shop one instead.

"Yeah I think a few of us are hoping to get a few of the signs. I'll use them in here because it goes with the look I've got on my back wall."

Nicky Gibbons is the owner operator of the Meraki Hair Collective and said she was still getting over the fact the signs revealed her salon had been a hairdressers for almost a century. 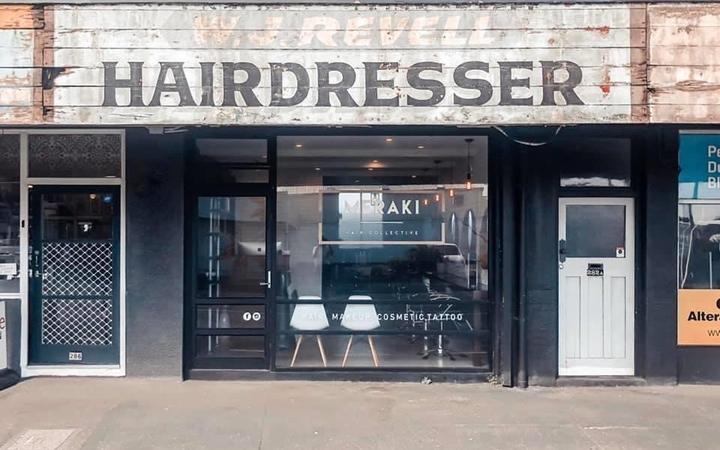 "I thought it was pretty cool. We personally put a picture of it up on our Facebook page cause our shop happened to have a sign for a hairdressers from the 1920s above it.

"So it's actually been a hair salon since then as well. Even before we were in here there's been at least three salons that I know of and then before that would have been this W. J. Revell.

"There's something about this space that means it has to be a hair salon I think."

Gibbons lives in an apartment above the shops and said it was not uncommon for visitors to say they remembered when it was a restaurant or partying on the awning when it was first divided into flats. 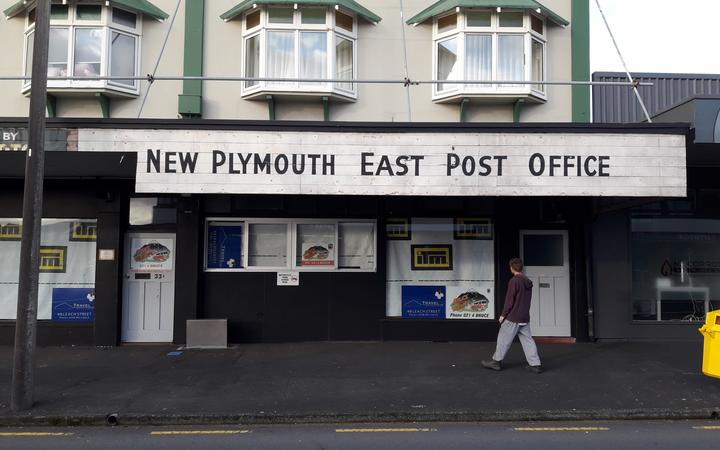 Neale said he was going to use the "office" component of the New Plymouth East Post Office signage for his own business Photo: Supplied / Matt King

Neale said the building had a habit of revealing secrets.

"There was the little old lady Anne in the laundrette downstairs. She was here for about 30 something years and it wasn't until after she died and we were cleaning it out that we discovered she had a little cupboard under the stairs where she used to hide out and smoke cigarettes ... she ultimately died of lung cancer."

Neale said he was going to use the "office" component of the New Plymouth East Post Office signage for his own business and display other elements the other storeowners had not staked a claim for at his yard.