A 1960s pop-culture treasure trove has been uncovered during renovations of a turn-of-the-century villa in New Plymouth. 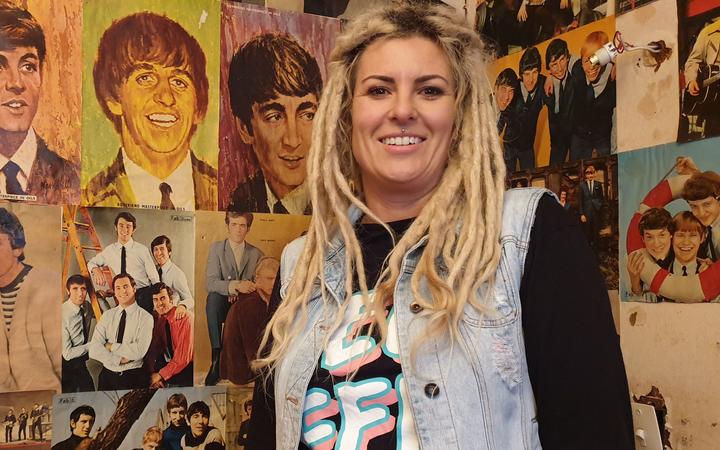 Katey Pittwood is keen to see many of the posters preserved. Photo: RNZ / Robin Martin

When Katey Pittwood removed Gib lining from a bedroom in the Lemon St property, staring back at her was wall-to-wall posters of the Rolling Stones, Beatles, the Kinks and many more obscure stars of yesteryear.

Now the 38-year-old teacher wants to find the once-was teenager who put them up.

Ms Pittwood said she only got the keys to the two-bedroom villa last Friday and wanted to get straight to work.

"In the 70s they had lowered the ceilings and I was hoping the original wooden ceilings were still up there so we got the crowbar out and had a wee peek and there were posters all over the ceiling."

Ms Pittwood said her first reaction was to scream. "I screamed and screamed and kept screaming at Steve my partner to keep ripping the Gib board down but then I got excited and the Gib in the front bedroom had to come down in case there was more treasure and there wasn't and now it's a big mess." 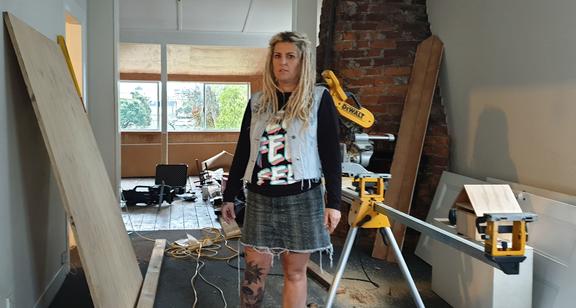 The hunt for more posters has left the house in a bit of a state. Photo: RNZ / Robin Martin

The first band to reveal itself was a Merseyside beat band from the '60s ... but not who you might think. "It was probably the Undertakers was the first poster we saw ... I don't know who they are."

The first to admit she was not a music fan, Ms Pittwood also had a favourite obscure poster.

"I dunno, I like these guys down here and I don't who they are but what does that say? The Mojos, look at that; what a fantastic poster."

Another beat band, the Mojos' main claim to fame would appear to be that Lewis Collins of The Professionals TV crime series once played bass for the group.

But there were plenty of household names plastered on the walls too - including acts like the Animals, the Seekers, the Kinks and any number of Beatles and Rolling Stones posters.

The pin-ups are mostly from the Fab and Boyfriend magazines and Ms Pittwood has her own theory about who might have put them up.

"Well, I'm assuming it's a teenage girl but then half an hour ago I saw something from Playboy up in the top left corner so maybe it could be a guy. Who knows?"

Ms Pittwood said she was in the dark about who might have owned the house in the '60s as there was no council record for it.

She wanted to see the posters preserved somehow. "It needs to be saved and it needs to be loved but I'm a bit of a hoarder and I don't know if I can hold on to all this. But it can't be destroyed.

"I want someone to display it or have it and do something amazing with it, but it's only five weeks until we move in and the walls can't look like this." 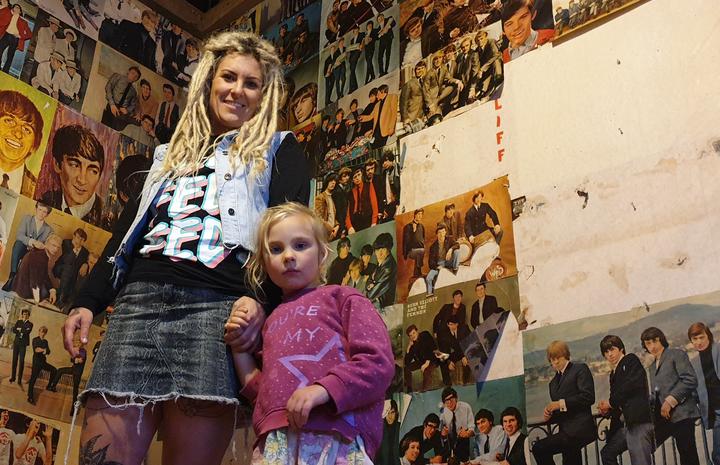 Ms Pittwood thought the posters could be removed intact.

"Well, it's glued onto the original wallpaper which is glued on to the sarking [building felt] that's nailed on so I think we could probably cut it off in big panels and roll it up maybe."

She believed the Gib panelling might have been an earlier owner's attempt to save the posters.

"I wonder if they just covered it up? Did they actually preserve it or was it just, like, laziness and they just Gibbed over it and that was it."

"I hope someone comes forward and is reunited with their teenage bedroom. That would be the best outcome I think and if not and no one wants it I will cut it off in panels and roll it up and put it somewhere safe - under the bed probably." 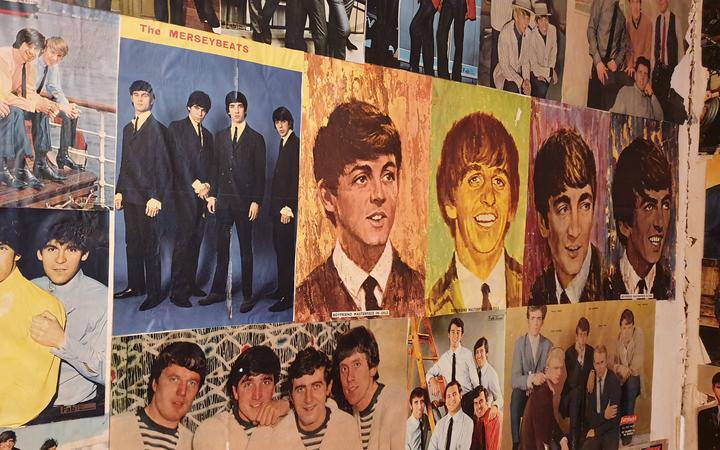