The Waka Kotahi NZ Transport Agency (NZTA) is remaining tight-lipped on how much it plans to spend on property purchases as part of Auckland's $1.35 billion Mill Road project. 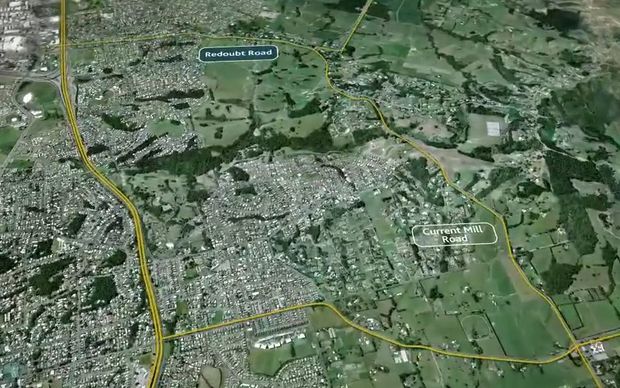 When the government rolled out its new $12 billion infrastructure funding package in January, the project was the biggest ticket on the bill.

Auckland Transport (AT), which was previously in charge of the project, had started to negotiate with affected property owners and had begun purchasing properties for the proposed corridor between Manukau and Drury. NZTA has since taken over as the lead agency and is now carrying on with the work started by AT.

The 21.5km Mill Road arterial route, which would provide an alternative road between between Manukau and Drury running parallel and to the east of State Highway 1 (SH1), is expected to be completed by 2028.

A spokesperson for NZTA said it was planning to start negotiations with land owners soon. 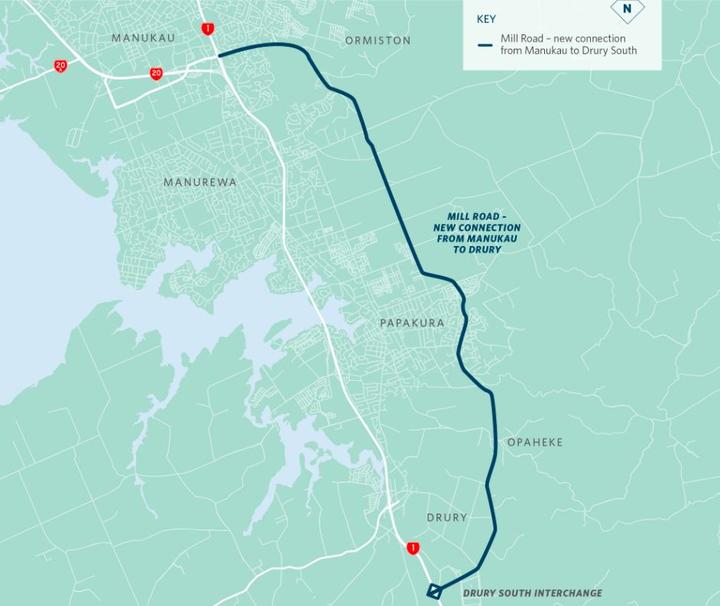 "Planning is under way for property purchases in the area and we expect to start conversations with landowners over the next few months. As we are at such an early stage of this process Waka Kotahi cannot confirm how much of the budget will be used for property acquisition."

The spokesperson said the contract for the project's design was also expected to be signed off shortly.

Auckland deputy mayor Bill Cashmore has been one of the Mill Rd upgrade's staunchest advocates. The Franklin Ward councillor said it was a project that had been a long time coming.

"We should have had it 20 years ago," he said. "The road was never designed for the heavy traffic that we're getting on it now."

He said 80 percent of the aggregate used in Auckland's construction industry, which equates to over 12 million tonnes a year, comes from quarries south of Auckland that use the Mill Rd.

Cashmore said that with the massive population growth in the area, it was a project that simply had to happen.

In August last year, Auckland Council voted to sign off two structure plans which are expected to see over 34,000 homes built in the Drury and Pukekohe areas over the next 30 years. This is expected to see the total population grow in the two areas by over 100,000 people.

According to NZTA, the upgraded Mill Rd would provide a safer, more reliable and accessible road to support residential and employment growth in South Auckland.

"Part of Auckland's Supporting Growth Programme, Mill Road is an additional route from Manukau to Drury. It will provide better access for the 120,000-plus people who will make Auckland's southern suburbs their home during the next three decades."

It said the four-lane corridor would provide a safer way for people to travel between Manukau, Manurewa, Papakura and Drury.

Construction is expected to start in late 2022.