The Blood Service is collecting plasma from recovered Covid-19 patients, to help other people fight off the virus. 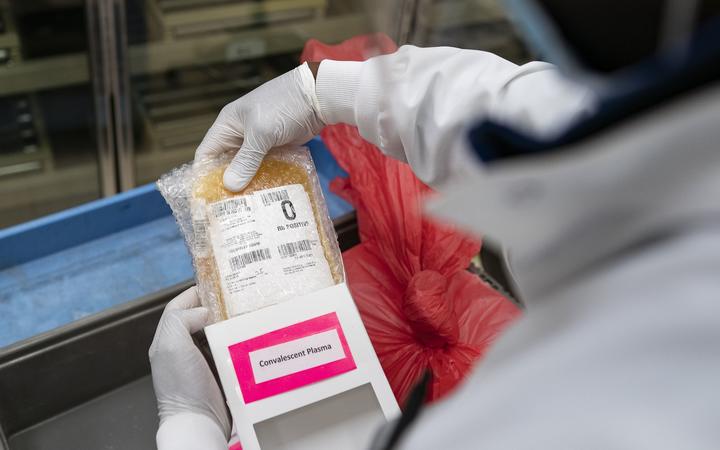 The concept of 'convalescent plasma' has been around for many years and was used to treat patients with SARS and H1N1. Photo: AFP

After people have been infected their plasma contains virus antibodies, and the Blood Service said that could help patients who are on the cusp of needing intensive care.

Transfusion medicine specialist for the Blood Service Dr Richard Charlewood said the concept of "convalescent plasma" had been around for many years and had been used to treat similar viruses including SARS and H1N1.

Recent studies had pointed to it as a possible treatment for Covid-19, and clinical trials exploring its benefits were under way in the United States and the United Kingdom.

"Certainly in the pre-vaccine era, it was used for quite a lot of conditions. But we thought we would use it for Covid-19 because it's a close relation of SARS and there was evidence it worked in SARS," he said.

Dr Charlewood said the plasma was being collected at four donor centres - in Epsom, Hamilton, Wellington and Christchurch - then frozen and made available to people in hospital who were "struggling" with the infection.

Its effect on their recovery would be monitored as part of two international clinical studies, if the patients agreed.

"But patients don't need to be registered in a trial to receive convalescent plasma," Charlewood said.

It was also ensuring they had had no fever for at least two weeks, or it had been at least 28 days since their positive test, so that staff and other blood donors remained safe.

While plasma donors typically have to meet certain criteria around their travel and medical history, some other restrictions around height and weight were being waived.

Dr Charlewood said there had been a good response so far and he was "cautiously optimistic" it wouldn't be too difficult to find enough convalescent plasma.

"New Zealanders by and large, if they see a solid need for something, are generally good at responding," he said.

If demand increases, Dr Charlewood said the Blood Service would consider collecting plasma from recovered patients at some of its other sites.

Blood Service chief medical officer Sarah Morley said the use of convalescent plasma was a "potentially exciting development" for the treatment of Covid-19.

She said the Blood Service was pleased to be able to help New Zealanders in the fight against the virus. 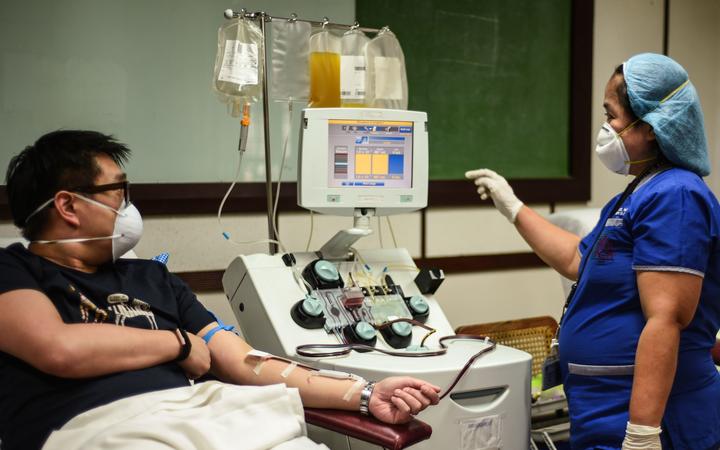 A patient who has recovered from Covid-19 prepares to donate plasma at a hospital in Manila in the Philippines. Photo: AFP