Another major roading project has been delayed for at least seven months due to the Covid-19 shutdown. 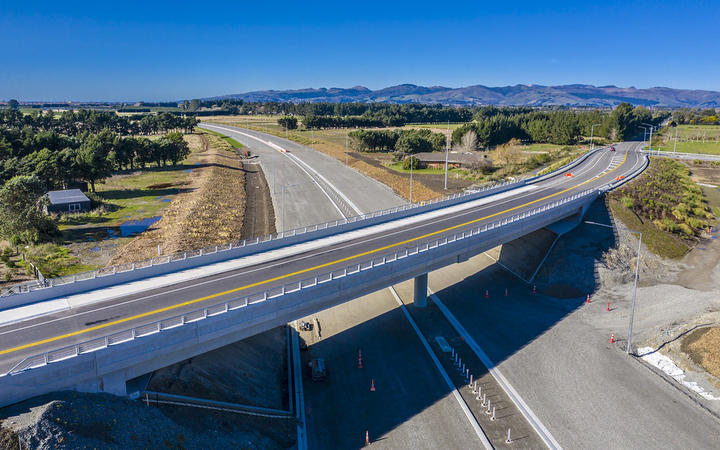 Once open, the Christchurch southern motorway will halve the time it will take to get from the CBD to Rolleston to about 15 minutes. Photo: Supplied

First Transmission Gully, now the Christchurch Southern Motorway has lost valuable time in opening, and will be working under new restrictions to get traffic both ways on the motorway before Christmas.

Some finishing works, mainly on local roads and final surfacing on the motorway, will extend into early next year.

The Waka Kotahi New Zealand Transport Agency project was originally aiming to get traffic onto the new motorway lanes by mid 2020.

Waka Kotahi principal project manager Geoff Griffiths said: "Having lost five of the remaining 10 weeks of the construction season due to the lockdown and with more restrictive health and safety work methods now required, we will not achieve [the original] goal."

He said work on the motorway itself would focus on getting traffic on the city-bound lanes before winter, but it was weather dependent through May and early June.

He asked for people to be patient.

"Over the next month to six weeks, we are asking for people's patience as we undertake work that will require more restrictions on traffic than usual. We hope people understand that the added waiting time and distance travelled over the next few weeks is preferable to extended inconvenience through all the winter months and into spring."

New priorities for the work included: