The South Island has been told to prepare for snow, while weather warnings are lifted in the North Island. 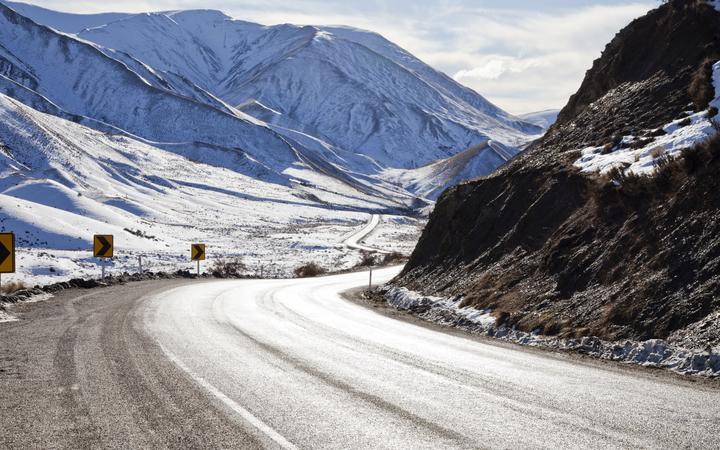 Lewis Pass (file photo) and Porters Pass are forecast to have the most snow. Photo: 123RF

Thunderstorms and hail are still expected around New Plymouth, but MetService's earlier weather warning of heavy rainfall and thunderstorms around the North Island have been lifted.

Overnight, Fire and Emergency had 16 reports of trees down and minor flooding, in Auckland, Bay of Plenty, Northland and the Waikato.

From the early hours of tomorrow snow is likely on Lewis Pass, Arthur's Pass, Porters Pass and Lindis Pass, and on the Crown Range.

Lewis and Porters passes and the Crown Range are expected to get the heaviest snowfall with 1cm to 3cm settling on the higher areas.

overnight for the North Island (and a bit of too!). Here's the radar as it happened! The second front is still moving over the North Island today. Details at https://t.co/Yjbq0jxdqz
^Tui pic.twitter.com/aMrkDLDoFk

MetService meteorologist Daniel Corrigan said Auckland was hit by a heavy but brief period of rain just before midnight last night, and the Bay of Plenty had particularly heavy rain overnight.

The West Coast of the South Island is also in for rain and possible thunderstorms which will ease overnight.