Family harm is on the rise as women find it harder to escape their abusers during Covid-19 restrictions. 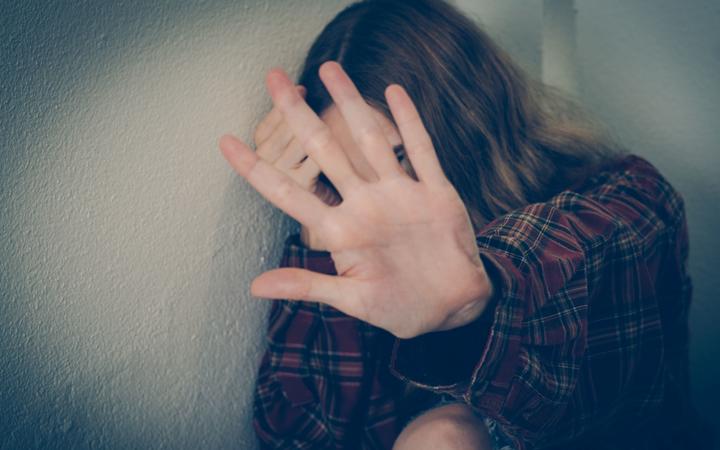 Police figures comparing the week before the lockdown show a 22 percent increase in investigations.

Mirroring the police figures are those from Women's Refuge, showing a 20 percent increase in calls related to domestic violence.

Women's Refuge chief executive Dr Ang Jury said it had not yet seen the sorts of horror stories that were being reported overseas and the worst could be yet to come.

"We haven't seen the crazy stuff like everyone feared was going to happen," Jury said.

She said that initial spike had now settled but expected a move to level 2 lockdown to bring a second surge in women coming forward.

Women's Refuge is renting Airbnb properties and motels to house women and maintain the integrity of lockdown bubbles.

But work was underway to help keep women and children safe.

She is Not your Rehab, a global movement helping men heal from their past trauma, founder Matt Brown has been posting letters seeking advice from men in lockdown and teaching them to process their anger, instead of lashing out.

He has been overwhelmed by the number of men asking for help during the lockdown, including from children who are living in abusive homes.

Another letter he responded to earlier this month was from a 14 year old. 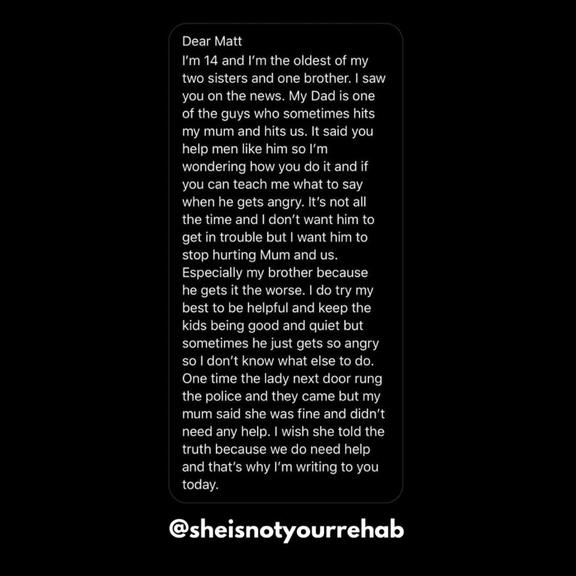 Brown said the boy had since found the courage to talk to his dad who was opening up.

"His father broke down and cried asking him 'how did you get so wise?'" His son said: "I had to ask for help."

'To heal, you need to feel'

Another example of healing and change is with another man the group has helped.

For 40 years, Mike Baker carried the pain of being sexually and physically abused as a child. He had never known what love was and therefore, did not know how to show love to himself or the woman he was in relationships with.

Baker said he owed his transformational change and healing to a two-day hui which created a safe environment for men to share their stories and heal from past trauma.

"What happened to me in those two days has never happened in 40 years ... nothing else has worked. The hardest thing I had to do was step in and start this but I am seeing what is happening to me and I am changing and attracting other people around me to do the same."

He credits the hui, which was lead by Brown, as the first step to healing for saving his life. He said the night he planned to end his life, he reached out to Brown who called every day for more six months.

Even when he ignored Brown's calls, he said he was overwhelmed to have a friend who would stick by him and "helped him to understand what love was".

Sharing his story with other men backed up by consistent support, helped to break an abusive cycle and provide Baker hope, giving him a new lease on life.

"I believe whole heartedly it is one of the most effective ways to see change in the cycle of generational abuse," Baker said.

"New Zealand males have a real problem with reaching out and talking about what is going on inside. This is what happens, you take it out on the people who are closest to you because you are not able to talk about it."

We have to "change our perspective and approach men with an invitation to heal and sit with themselves and discover you are actually not angry you are just sad about stuff that has happened to you in the past that you have never made peace with," Brown said.

He said people would only change when they could be around those who had healed in order to learn a better way of living. We teach men to "sit with those feelings and then let them go. In order to heal, you need to feel."

As for Baker, he now works for Brown as a barber at My Father's Barbers in Christchurch. "The little boy who ran away from home and was caught up in abuse is now free," he said.

Meanwhile, today also marks the launch of She is Not Your Rehab's #HakaAgainstViolence social media challenge, which runs from 1 May to the 15 May. 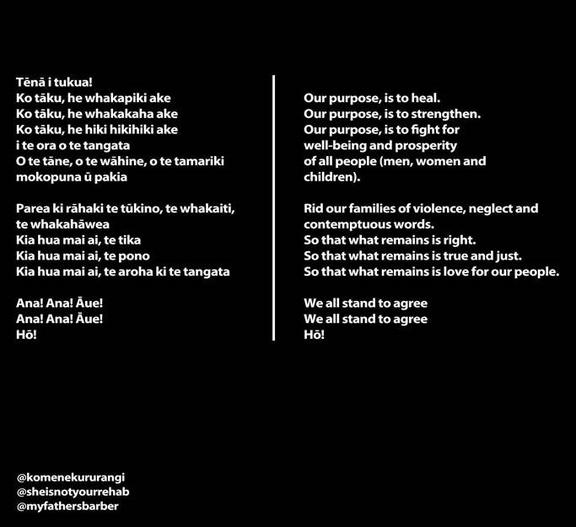 About 100 whānau from around the country have already accepted the challenge, learning the specially written haka Taku Aronga, or Our Purpose, by Komene Kururangi (Tauranga Moana, Te Whakatōhea, Ngāti Porou), and filming their haka during level 4 lockdown. These families' videos will be posted on their own Facebook pages, while they challenge their followers to join in.

The #HakaAgainstViolence challenge is supported by the Ministry of Social Development's 'Its not OK' campaign, The Warehouse Group and Facebook.