More than a dozen vehicles have been destroyed in a fire in the West Auckland suburb of New Lynn. 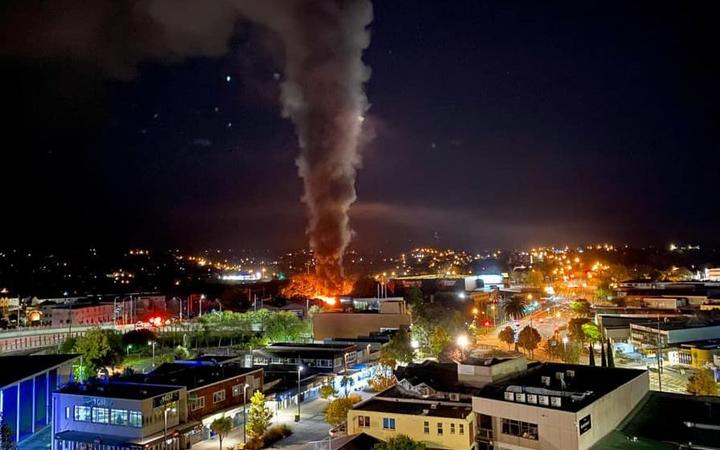 Fire crews were called to the fire just after 1am. Photo: Facebook/Armin Pasagic

Fire crews were called to the car wreckers yard on Great North Road just after 1am today.

Up to 15 cars were alight at the peak of the fire.

The cause is not yet known and a fire investigator will return to the scene later today.