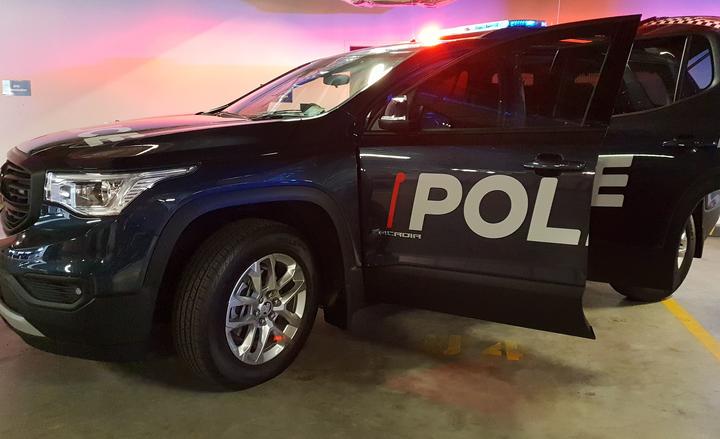 One of the vehicles used in the police armed response team trials. Photo: RNZ / Liu Chen

Police Commissioner Andrew Coster said in a statement that the trial, which ends on Sunday, was about having specialist police personnel immediately ready to deploy to critical or high-risk incidents.

He said police know some communities have had concerns about the teams and how they were being deployed.

The Evidence-Based Policing Centre will undertake an evaluation expected to be complete in June, which will take into account data collected during the trial, public feedback and the views of the teams involved.

"An evaluation will only be one aspect of the review into ARTs. We will also consult with community groups and talk to our people and the teams involved with the ARTs," Coster said.

"We recognise that the ultimate question of the style of policing we adopt in this country cannot be answered by an evaluation."

The staff who were involved in the teams will go back to their previous roles, while the specialist vehicles will not be used while the evaluation is underway, although they may be used for other purposes should armed response teams not continue in the future, a police statement said.

Figures previously obtained by RNZ under the Official Information Act show armed response teams were deployed 2641 times between the 28 October and the 2 December in Counties Manukau, Waikato, and Canterbury districts.

This meant armed police have been attending more jobs in an average week than the Armed Offenders Squads were sent to in an entire year.

Last month, Māori justice advocates sought an urgent Tribunal hearing on the police armed response teams and called for them to be stopped immediately.

The application from the claimants, Sir Kim Workman and Julia Whaipooti, said the Crown had breached Te Tiriti o Waitangi by failing to work in partnership with, consult, or even inform Māori about the trial.

A survey on New Zealand police's armed response teams has found 85 percent of participants do not support the trial.

Justice reform advocate Laura O'Connell Rapira said 91 percent of people surveyed were less likely to call the police in family violence situations if they knew the police had guns.