Community healthcare providers say they are being shortchanged during the Covid-19 crisis, and it'll be services that suffer.

The Medical Association says GPs may lose their jobs, while the College of Midwives says community-based midwives have been ignored altogether when it comes to additional support.

So far general practices have received $37 million in direct additional government funding and another $8 million has gone to DHBs to support community practices during the pandemic.

But the Medical Association said it was expecting another $22m this week to ease the strain of the level four lockdown and carry practices over to the transition into level three and level two.

Association chair Dr Kate Baddock said the funding was much needed after consultations dropped by 50 to 80 percent virtually overnight due to the pandemic.

Without the money GPs would lose their jobs and community healthcare services would be negatively affected just when they were needed the most.

"We are in danger of not having the workforce that will we need, and do need now, but will need even more when we come out of lockdown," Baddock said.

"So we have a problem that although clinical consultations are being charged, many are not charging the normal amount because they understand that many of the patients don't have jobs currently."

General practices relied on cash flow, and deferring or reducing payments meant they would struggle to pay staff, she said.

The government had "indicated" the additional $22m was coming and it was expected by practitioners.

"Many practices had been functioning and working towards level 3, and level 2 subsequently, on the expectation that money would be coming through so that we would be able to retain staff, particularly contracted doctors, so that they would be there when the expected deluge back into general practice does occur."

But for community-based midwives, no additional funding had been forthcoming during the lockdown.

College of Midwives chief executive Alison Eddy said she was "frankly baffled" and disappointed by the government's response.

Eddy said in an email sent earlier this week to ministers that although midwives remained focused on keeping mothers and babies safe, after more than four weeks of higher workloads there was concern for the well-being of the workforce.

"I am not sure how much more they can absorb," she said.

The college's Covid-19 liaison, Catherine Rietveld, said midwives even had to buy their own PPE in the early stages of the lockdown.

"There was no PPE provided to community midwives - they had to provide it for themselves and that was a real difficulty because it wasn't so readily available and what was available was very, very pricey."

Midwives were doing more work than they were funded for before the lockdown. But that had been further compounded by mothers being discharged earlier from hospital after giving birth, increased home births and the need to fill gaps left by the withdrawal or reduction of other services, Rietveld said.

"We'd just like the government to prioritise our request for additional support."

In early March 2020, prior to the outbreak, an NZIER report noted considerable inequities in the way community midwives were funded.

It found that community midwives were working up to 26 percent more than was expected of a full-time equivalent.

Eddy said that work was essentially for free.

"With the extra work midwives are doing now in the Covid-19 environment, that unpaid work has increased significantly.

"Despite repeated requests and communication with the government and ministry about this matter, they continue to fall on deaf ears. And still, babies keep coming and still, our midwives keep absorbing the costs and doing work for nothing," she said.

'I know it has been difficult for our midwives' - PM 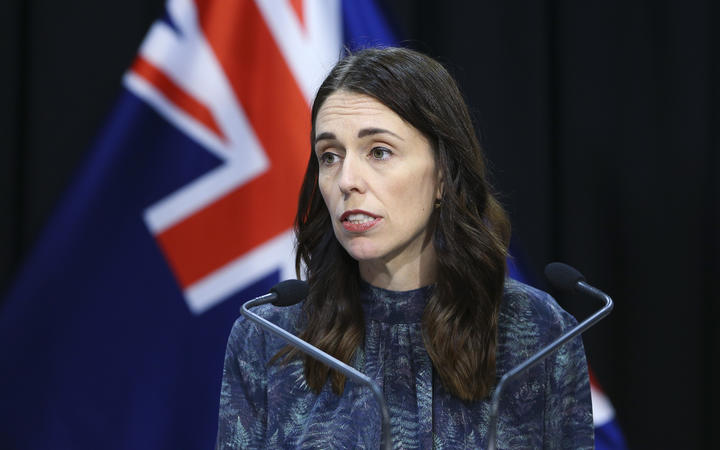 Prime Minister Jacinda Ardern said the health minister was working to ensure funding was available for costs incurred due to Covid-19 across the health sector.

"All we've needed to do is make sure, of course, that for the Covid-related response that we are meeting Covid-related costs. And so sometimes that takes a little bit to work through but I'll leave that to our health minister. He's having to work across the health sector to identify where there have been Covid specific related costs.

"I know it has been difficult for our midwives."

However, Ardern batted back suggestions that GPs were given false assurances about further funding.

"I don't think $45 million is false hope, I think it's support and much-needed support," she said.

Health Minister David Clark rejected RNZ's request for an interview on the subject and instead, in a statement, reiterated the $45 million mentioned by the prime minister.

"The government recognises the impact the lockdown has had on general practices and the vital work they do. That's why we've provided $45m to date in recognition of the costs they face," the statement said.

"In addition, they are able in many cases to access our wage subsidy scheme.

"The minister of health and officials are currently discussing with GPs' leadership what further funding may be required.

"We'll provide further detail when those discussions have progressed."