Queenstown is facing a new wave of rental challenges as some tenants face high rents with limited to no income. 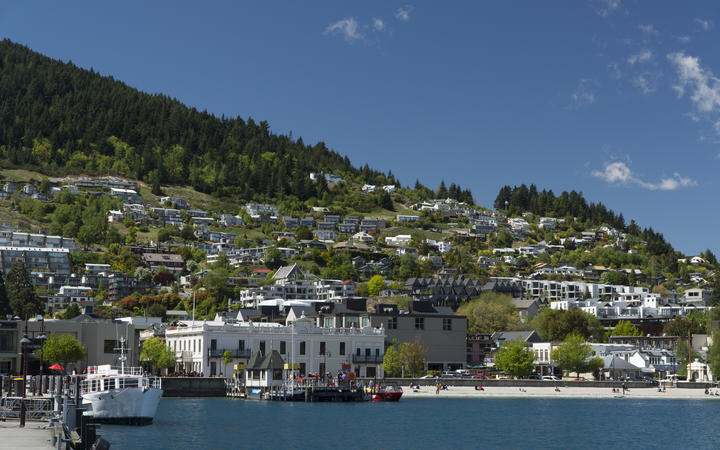 While the district council and some landlords are offering rent relief, many say they're struggling.

Last year, Queenstown's rentals costs were so expensive that some low-wage workers resorted to sharing not just a room, but a bed - sleeping in shifts.

"Thousands of Airbnbs aren't being utilised and won't be utilised for who know, those people with the Airbnbs are looking to get longer term tenants in so prices are dropping really quickly," Francis said.

But many residents aren't feeling any benefit from the drop.

"The thing is my rental here is $600 dollars a week, so I'm in a negative just with that payment."

Instead he was using his annual leave to top up his income to $650 and said his position would even worse without food vouchers.

"It would be pretty dire. I don't know what we'd do actually. I'm still fit and and able to work, and I love working. But it's just not out there at the moment," he said.

He and his wife have tried to get their rent reduced - without success.

"It's a hell of a situation to be in and it's not caused by us, we understand with Covid and everything like that, and there's other people in the same situation. It's just worrying times, and every dollar that we can save is going to help us in the end."

The Queenstown Lakes District Council's Emergency Operations Centre has already given out more than $380,000 in food vouchers and received more than 5000 requests for welfare.

"Look, this is just the tip of the iceberg and I've been just trying to give good solid, sound advice for people to be able to get through this period. Once the lockdown is lifted, I think we are going to see a whole lot of other issues arise," Reece said.

Among them will be some tenants being stuck covering all the costs after their housemates left before the lockdown.

"There are people that are stuck in fixed term leases that the Tenancy Act still applies. If you've signed a tenancy agreement to pay X amount for a certain period of time, you're stuck in that unless the landlord provides some sort of flexibility and relief," she said.

"And if the landlord will not, then you're still committed."

When visa worker Joshua was put on the wage subsidy after his hours were reduced and his flatmate lost their job, he wasn't sure how they'd cover rent - which costs him roughly half his salary.

He decided to text his landlord to see if they would help.

"I just explained about what happened and I said 'any little that you can do is helpful. Any little money helps because we don't know what the future holds. If you're losing your job, then we need this money to sustain.' And she replied back that 'I will check with my bank what best I can do'. She got back to me after two days saying that 'we are happy to reduce 50 percent rent for this month," Joshua said.

He hoped more landlords would consider mortgage holidays, and offer similar support to their tenants.

"A lot of people here are paying mortgages for the houses that they have bought, but if they've got the benefit of not paying the mortgage for a few months, why not help other people who are suffering?"

The government has relaxed some work visa restrictions allowing some migrant workers to increase their hours or change employer, but Francis from the Queenstown Community Support Centre wanted to see more universal support for them.

"We've shut them down effectively by closing borders, limiting movement and travel, we need to deal with the impacts and a relief package for migrants on working visas who are now unemployed is the best solution. Well, it's the only solution really," Francis said.

"Queenstown is in a very real crisis. Because we're in lockdown you can't really see it, but as soon as this lockdown is lifted we've got major issues."

While many are doing it tough, community leaders are concerned the worst may be yet to come.