There have now been 11 deaths from Covid-19 in New Zealand, but the number of new cases has dropped to single figures for the first time in weeks. 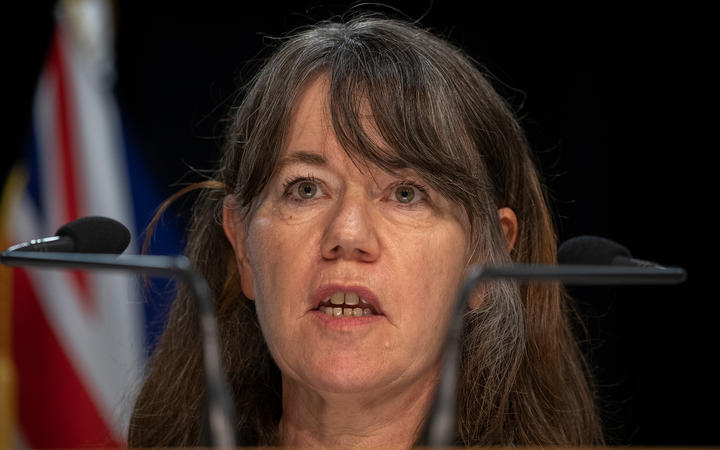 Director of Public Health Dr Caroline McElnay speaking at the briefing for a Covid-19 daily update on 17 April, 2020. Photo: NZME

Two people have died from the coronavirus in the past 24 hours - a man in his 90s at Waikato Hospital who was connected to the Matamata cluster, and a woman in her 80s at Burwood Hospital in Christchurch.

She had been at the Rosewood Rest Home and there have now been seven deaths related to the cluster.

She said 14 people are in hospital with Covid-19. Three are in ICU, two remain in a critical condition.

She said the new round of testing in areas like Queenstown was targeted on "hotspots" around the country.

"Places in the country where we know we have got cases, where we have got a higher number of cases in those areas, so we identified four places - Auckland, Waikato, Canterbury and Queenstown in particular in the southern district.

"And we were able to stand up very quickly the testing in Queenstown, Canterbury and Waikato. So it won't be perfect information, but it gives us a snapshot of people in the community.

"And the reason we choose supermarkets is because supermarket workers are in contact with a lot of people, so they would be highly exposed if there was something circulating in the community."

She said the Health Ministry was still considering if they would allow any changes going forward to patients in hospital - specifically around whether family members will be allowed to be there when someone is in hospital and ICU.

Finance Minister Grant Robertson sent his thoughts to the families of the two people who died.

He also reminded New Zealand that just because the level 3 lockdown guidelines were announced yesterday, it did not mean the public could start behaving like the country was in level 3.

"This is a long game - a marathon, not a short sprint."

He said the Wage Subsidy Scheme had paid out $9.9 billion since it was set up on 17 March.

Robertson said Cabinet had not made its decision yet on what level New Zealand will be in once the four weeks is up, as it is was still waiting on more data before making its decision.

The focus will still be on keeping contact with others to the bare minimum - but some restrictions around travel, business and activities will be loosened.

Leaders from different sectors around the country have spoken about what the level 3 restrictions would mean for them.