Troops deployed overseas will have to wait longer to be relieved of their duties as the Defence Force postpones its routine rotations. 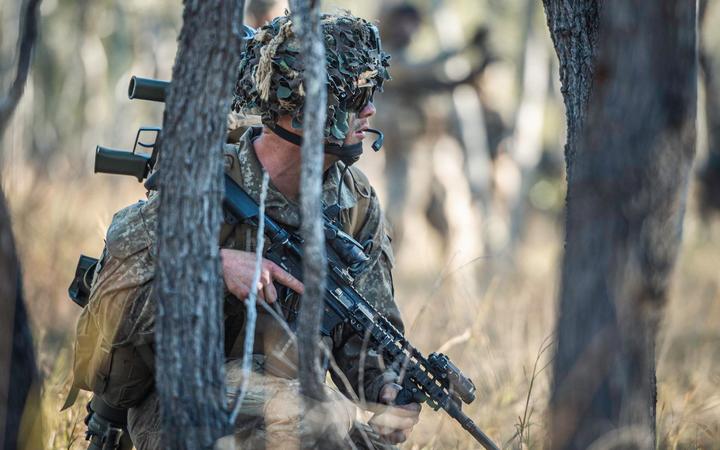 Usually troops are rotated every 6-12 months so that they can have a break and see their loved ones.

But due to border closures and other Covid-19 restrictions, those rotations will be postponed, Commander Joint Forces New Zealand Rear Admiral Jim Gilmour said.

One exception is for South Korea, as the government there has approved the troops and it is accessible from New Zealand.

Those five workers, who have been deployed to the United Nations Command and Military Armistice Commission are required to quarantine for two weeks in Seoul.

"It's no small undertaking," Gilmour said.

The staff are required to undertake two weeks of isolation within New Zealand before leaving the country, another two once they get to Korea. Those returning have already been in lockdown in South Korea for weeks, and when they return to New Zealand, they will undertake another two weeks.

"It's a pretty lonely time," he said.

Gilmour said many defence force workers and their families will be disappointed with the delays.

"There's a point at which you're emotionally connected with getting home to your loved ones and taking some respite, and with the background of Covid-19 it introduces an amount of worry, not only for our deployed people, but also for their families."

One group could face a delay of nine weeks, but Gilmour would not be drawn on where that group was based.

Gilmour said he had no concerns for the health and wellbeing of those deployed, as they were well looked after and adhering to protocol.

He said rotations would resume as soon as restrictions eased and NZDF would continue to monitor the situation.

"Frankly it's just impossible to move some at this point, but we will when we can."

NZDF is maintaining its commitments to international missions and is not withdrawing from any missions as a result of Covid-19.