Severe weather over Easter is now expected to be focused on central parts of the country, with storms being most intense on Easter Monday. 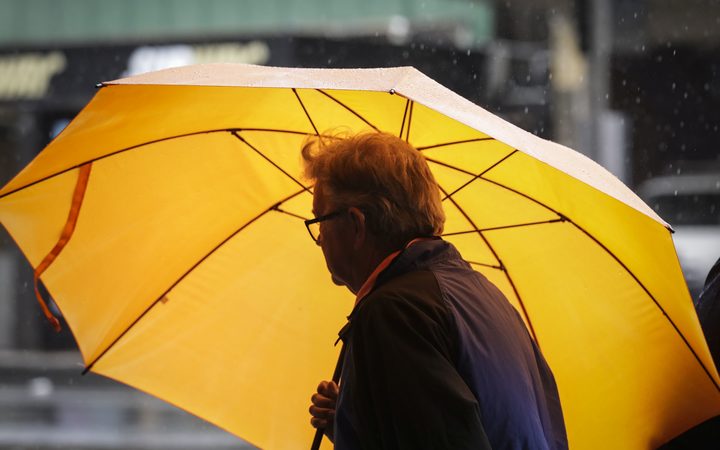 A large area of low pressure is currently forming and may now cross central parts of the country, edging closer from the Southern Ocean.

Many parts of New Zealand today are experiencing rain and strong winds, a sign of things to come. Strong southwesterlies are bringing showers across the Auckland region this afternoon, with parts of Northand experiencing strong gusts and showers. Wellington has also seen rainfall and colder weather today.

Forecasters had flagged up a large low around New Zealand this week, but were not sure about precisely where it would be focused.

Down to a chilly 0.3°C at Mount Cook Aerodrome this morning, while temperatures have remained in the teens over northern NZ https://t.co/Yjbq0jxdqz ^PL pic.twitter.com/dugkF07MnL

According to WeatherWatch, Easter Monday is looking stormiest for most regions, with wintry conditions building in the south.

The organisation said conditions over the weekend would become progressively worse and that central parts of the country were expected to bear the brunt of wild weather.

"The weekend is a typical Easter Weekend in New Zealand with some pleasant patches of sunshine to mow the lawns, do some gardening, hang out the washing or simply get separation from those you are self isolating with - along with stormy weather, which will likely keep you inside, especially around Sunday and Monday," it said.

The service said New Zealanders should also be prepared for power cuts and loss of internet or phone services.

According to MetService, Good Friday would be fine for most, although there would be early morning showers about Auckland, a few showers about coastal Gisborne and isolated showers for Northland and Fiordland.

On Saturday cloudy periods in the west are forecast, with showers in Fiordland and southern Westland, and mainly fine weather elsewhere.

WeatherWatch forecasters say by Sunday evening gusts could reach over 120km/h in some exposed places, "possibly even over 150km/h in some very extreme exposed areas in the south".

Forecasts warn that Easter Monday will be colder and windy nationwide. Website Swellmap predicts a major spike in ocean swells and gusts of over 40 knots in areas.