We spoke to Police Association president detective inspector Chris Cahill about how crime is being investigated during the covid-19 lockdown.

Do police have all the equipment the need to protect themselves from Covid-19 while they're at work?

Initially there were certainly concerns about whether there was sufficient personal protection equipment available. But that has somewhat eased - there's been individual personal protection kits sent to every staff member around the country. So that's enabled them to be assured that there is enough equipment. But it still means that they have to assess the risk before they undertake any investigation to make sure the value of the investigation is of such a nature that it's worth any risk of infection.

Who gets to determine whether an investigation is worth it?

In relation to investigations in general, there are two factors to take into consideration.

One is the risk to the victim - both in not investigating the crime, but also in going ahead with the investigation. We need to think about whether there's any risk of transmission if that victim has to be interviewed. But the key question to ask is whether the victim is still at risk of further crime. If they are, then it needs to be investigated urgently.

The second factor to consider is the risk that any alleged offender poses to reoffending. If there is a risk of reoffending, then it's necessary for police to follow up with urgency.

So they're the two key factors to weigh up. If both those factors suggest an investigation is required, police then have to come up with a plan that does that in the safest possible manner.

So something like a car theft might not be investigated at this time, whereas a violent crime would be?

Exactly. So, a standard car theft may, in this case, not warrant ongoing investigation. But certainly child abuse or adult sexual abuse is something that has a high priority, so that would still be investigated.

Officers will work out a plan that allows a scene examination to be conducted as faithfully as possible and for any interviews of a victim to occur in a manner that protects them from risk of infection. There are plenty of ways to do that with technology and social distancing. 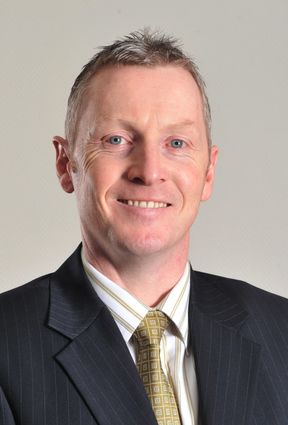 What about investigations that started before lockdown - have any of them been put on hold?

Some of them have been put on hold, just while other work has been prioritised over them. But in general, police are trying to continue with business as usual as much as possible.

It may be that more inquiries that would normally have been done through one-on-one interviews are done via phone or email - just to gather some of the information that's required. So it's just working around different scenarios that relate to different investigations.

But in saying that, there are staff that have had to be moved to frontline duties to police the lock down. And that will mean there's a backlog of some of the lower level investigations.

Do the lockdown rules mean any changes to the way a crime scene might be investigated, or evidence handled?

Well, one good thing is that to preserve evidence, police were already in the habit of wearing appropriate equipment to ensure they didn't contaminate a scene. So to some degree, that's just a continuation of what they already did.

More personal protection equipment - like gowns and masks - is used, but gloves were always pretty standard. It's really just a slight increase, but the principles are still the same. So in some ways, police were quite prepared for this scenario.

You mentioned interviews might be done by telephone or email rather than face to face. What other technologies are police using to facilitate physical distancing?

Police are just using their initiative. They have access to Zoom and Skype and things like that. And it's just weighing up the value of a one-on-one interview, compared with doing it more remotely, for the safety of everyone. I think everyone's learning to operate slightly differently.

And while not doing a face-to-face interview is a little bit impersonal, or might not necessarily be the best service for a victim, most of them will also understand that, in these circumstances, it's probably safest for everyone.

Is there any avoiding high-contact situations for police - like situations where someone may be physically aggressive or resisting arrest?

No. And that's the area that's creating the greatest consternation for police staff. Unfortunately, the majority of necessity to arrest situations come quickly, and staff don't necessarily have the time to ensure all their personal protection equipment can be worn. That's the biggest risk we have. We've had some ugly incidents of members being spat on and things like that, which is of great concern.

Yes, there was a family violence incident recently in Silverdale where police were spat on by a man claiming to have covid-19. How are those officers?

It was disgusting and obviously very scary for the members involved. And it's not just the initial incident - they then have a waiting period, worrying about whether they've been infected. This is not an uncommon occurrence unfortunately, it happens far too regularly, where staff are spit on, but normally the risk is quite limited.

But clearly in covid-19 times, that risk is greatly heightened and adds stress that both the officer and their families just do not need.

Interview with reporter Susan Strongman has been edited for brevity and clarity.