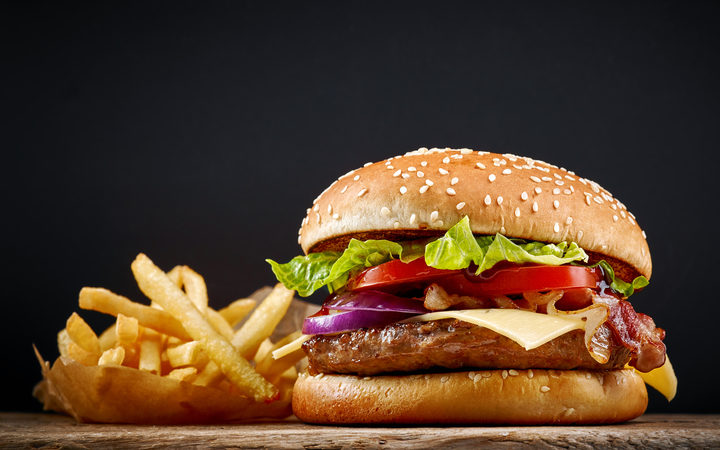 "We actually don't eat a lot of take-aways usually, but we decided to get a bit creative during lockdown."

She went online and found a ready-made community of people doing likewise.

"There were a lot of different recipes and they were all pretty much identical, so someone has obviously pretty much nailed the Big Mac burger online." 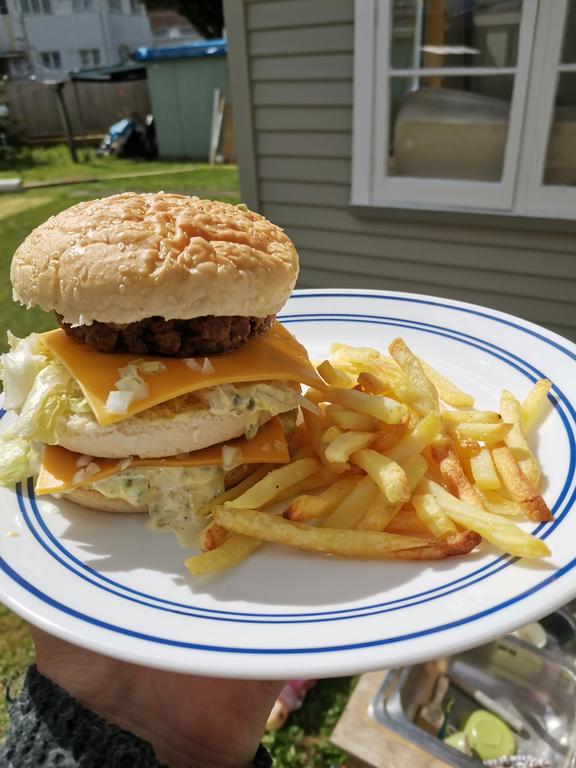 Liz McGimpsey from Lower Hutt has taken matters into her own hands to recreate her family's fast food cravings during the lockdown. Photo: Supplied / Liz McGimpsey

She made the sauce from scratch and steamed the buns as per instruction, and said the end result was "pretty convincing".

Although, replicating KFC's chicken was tricker.

However, she found there was nothing healthy about KFC's coleslaw recipe - but it found favour with five-year-old Freda and little brothers Gordon, 3, and Billy, who is one.

"That required half a cup of sugar for four servings of coleslaw. They ate mouthfuls and mouthfuls of coleslaw, I've never seen them eat salad in the same way before!" 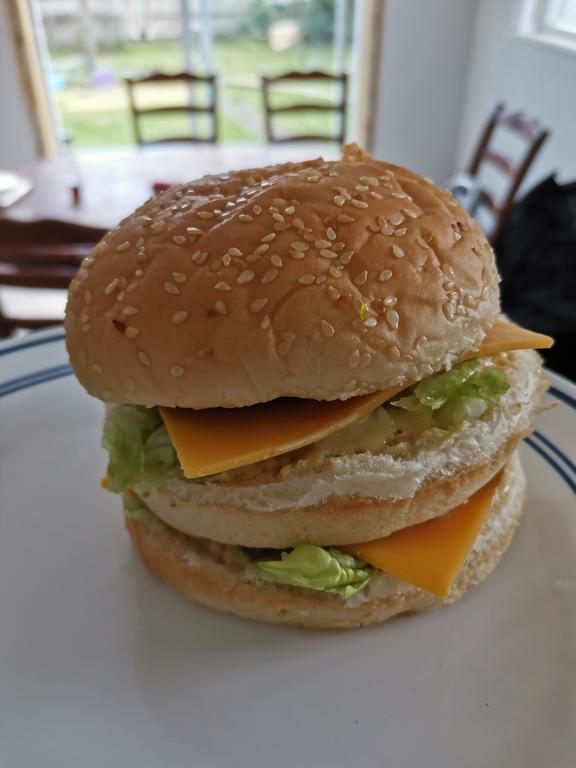 Liz McGimpsey says the homemade recreations of their fast foods have been much more filling. Photo: Supplied / Liz McGimpsey

McGimpsey was keen to attempt a Burger King Whopper too, using the official recipe shared by Burger King France especially for the lockdown - but not immediately.

"After doing McDonald's and KFC, I ate brussel sprouts for dinner the next night. I just couldn't stomach anything other than brussel sprouts. It seemed quite appealing."

"I started it about a year ago and it went viral."

He has noticed a spike in uploads since McDonald's around the world began closing their doors due to Covid-19.

"There's been a lot of UK submissions recently, and I know they're in full lockdown and there's been some Australian stuff. But definitely something you guys could do over in New Zealand, is make Big Macs at home."

Cornell said he had not received any "cease and desist" notices from McDonald's copyright lawyers.

I don't think I've seen glory like this before. This is too much "Few burgers I made last night for the family. Big Mac with home made sauce, little quarter pounder and a massive cheeseburger with tomato sauce and American mustard. Made patties from beef mince, garlic and onion powder, salt and pepper, flattened and shaped then fried. Toasted the buns and added the extras, only had crinkle cut pickles (rubbish I know) and used few cheese slices, chopped up lettuce and onion. Appearance 8/10? Close enough but not perfect Taste: I didn’t eat any as I am on a low fat vegetarian diet at the moment but I was told they tasted lovely 9/10 I thought I’d made a triple quarter pounder but I keep looking at photo and I seem to have put four patties in unless it’s a optical illusion lol and only one bite pic as when I went to get them, they had eaten the rest"

"Look, I'm going to go out on a limb here and say McDonald's probably love it because it's promotional stuff.

"They did contact me about the t-shirt, which has a Hamburglar flicking you off - and said 'We're just going to check with our team to see if this breaches anything'. But they never got back to me, so...."

Cornell said he had "done the maths" and it was cheaper - and tastier - to make your own Big Mac - but he still buys take-aways.

"I actually bought one this week!

"I am deeply ashamed of my country's reaction to what's happening with the Covid-19 stuff, it's just to say you guys are doing really well, love your prime minister, and I'm not pooh-poohing the fact your McDonald's isn't open. But it is open for us."

1. Combine all the sauce ingredients in a bowl and chill.

2. To make the patties, season the mince with salt and pepper and form into four balls using about 1/3 cup mince each. Place each onto a square of baking paper and flatten to form into circles. Heat oil in a large frypan over high heat. Cook patties for 1-2 minutes each side until lightly charred and cooked through. Remove from heat and keep warm.

3. Slice each bun into three and lightly toast.

4. Assembel the burgers: spread a little sauce over the bottom base, top with chopped onion, shredded lettuce, slice of cheese, patty and some pickle slices. Top with the middle bun layer, and spread with more Big Mac sauce, onion, lettuce, pickles, beef patty and then finish with more sauce. Top with burger lid to serve.