The owner of a fruit and vegetable shop in Westport says he is having to let $25,000 worth of produce rot, despite his best efforts to give it away to people in need. 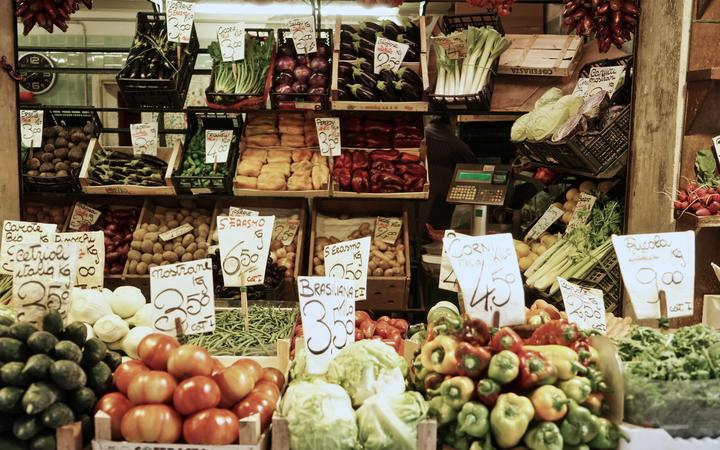 After finding out his shop would need to close during the lockdown, Pat O'Dea, who is the former mayor of Buller, planned to put all his produce out on the street for people to take.

Civil Defence staff told him he could not do that because of the health risk, so O'Dea approached the Salvation Army, who began making food parcels and delivering them to people's doorsteps.

They stopped after Civil Defence asked them to disinfect the fruit and vegetables first.

O'Dea said he thought the Salvation Army were already taking "every reasonable precaution" to prevent the spread of Covid-19, whilst handing out the food.

He said it "defied logic" that liquor was still able to be delivered to people's homes, but not fresh, free fruit and vegetables for people in need.

"So people are being deprived of the necessary health food. Salvation Army had that pretty well covered and I thought they were doing a damn good job," he said.

Giving the food away felt like the sensible thing to do, he said.

When the deliveries first began, he said people showed their appreciation on social media or by calling down the driveway to the delivery drivers.

"It made no sense for me to be dumping it and I wasn't covered by insurance. So it was a jolly good thing to get out and do something that was positive," he said.

After the deliveries stopped, Buller Civil Defence said it had approached other local support agencies which might be able to help hand out the food - but they had advised they were not able to take it.

O'Dea said he had no problem with staff at the local Salvation Army and Civil Defence, who were simply operating within the guidelines they had been provided.

But he would like "someone from higher up" to give him an answer.

"Why can't we get fresh fruit and vegetables out to people who need it?" he said.

"I'm a mayor of 21 years, I've seen a lot of disturbances one way or the other. I was in the fire brigade - then running the fire brigade for a long, long time. I've seen two or three earthquakes and floods and tornados and God knows what, so I've got a fair idea of common sense ... and this is just stupid," he said.