Police say the human remains found off the Desert Road were those of a Chinese man missing since 2017, and they're treating his death as suspious. 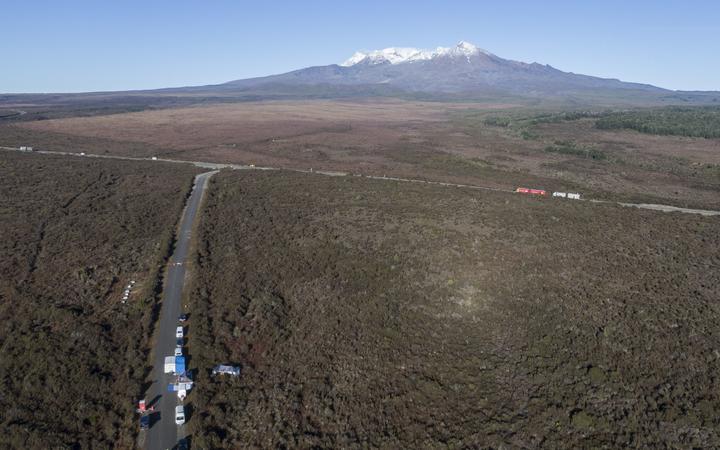 Police at the scene after the remains were discovered. Photo: NZ Police / Supplied

The remains were found by police last week, buried at an isolated site off Rangipo Intake Road south of Taupō in the central North Island.

They were taken to Auckland, where a post-mortem was carried out.

Police said the remains were believed to be those of a Chinese man in his 30s, who had been missing since 2017.

However, he was yet to be formally identified and police said this could take some time to complete due to the nature of the remains.