A woman whose husband is in government-managed quarantine at a hotel says its treatment of guests is shameful. 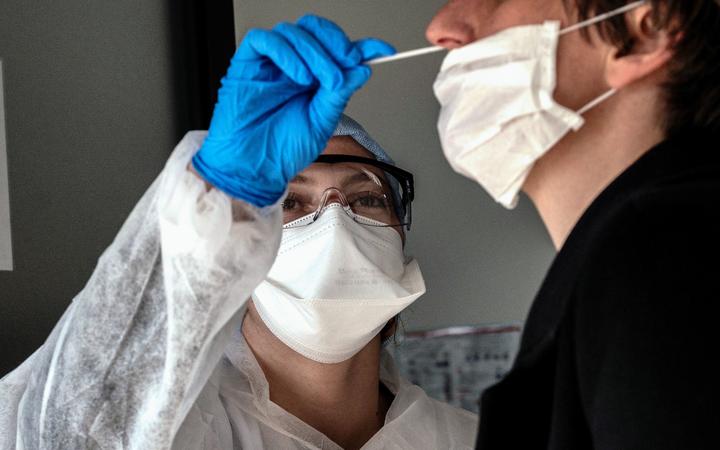 Many New Zealanders arriving home from overseas who don't live close to airports are being housed at buildings including the Grand Mercure hotel in Auckland. 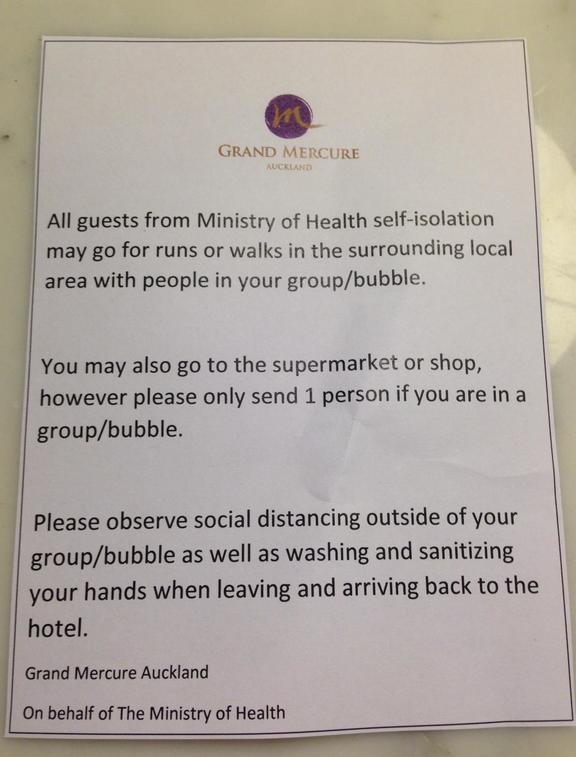 Ministry of Health notices handed out by the hotel on Saturday and seen by RNZ told people they could go to supermarkets or shops, but on Sunday a second notice told them they could not.

"The Ministry of Health have advised that all guests in isolation hotels must cease going to retail premises, effective immediately," the second notice said.

"That is shameful," said Cath, whose husband is a guest at the hotel and did not want her full name used.

She said she had 'exhausted every avenue she could' to reach a government official about her husband's situation but had come up with nothing.

"If he has a heart attack and dies, who is going to let me know, who's going to check on him? Because no one is," she said.

Cath said her husband's temperature was also taken on Sunday by people who didn't identify themselves.

The Ministry of Health has been approached for comment.