The rural community is banding together to help a Marlborough woman whose husband died suddenly, just as New Zealand entered lockdown. 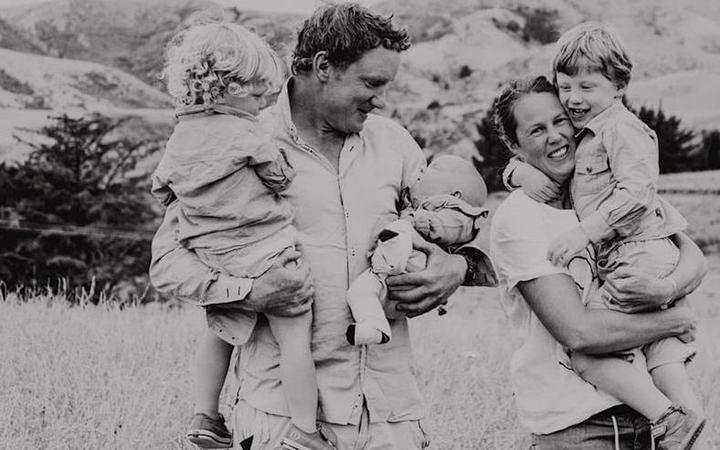 The tragedy came on Thursday afternoon, when Gavin Dowling, from the tight-knit community of Ward, died from an unexplained event on the family farm.

At the time, his wife, Rosie, was in Starship Hospital at the bedside of the couple's 9-month-old baby, Olive, who has a rare and complicated heart condition.

Rosie Dowling now must deal with running the family's two farms, care for Olive and the couple's two young boys, and the loss of her husband as the level 4 isolation period continues.

Family friend, Millie Volckman has set up a Givealittle page to try to help the grieving family.

"Any death is absolutely devastating to any family," Volckman said.

"When you look at the other obstacles that Rosie's facing - she's got her husband that died, she's got two boys at home, she's got Olive in hospital, and she's in lockdown ... I just think that's gotta touch everyone in some way."

Volckman said the Dowling family were close knit. Digby, 2, "was Gav's sidekick", and the oldest, 4-year-old Harry, would sleep with his dad each night. 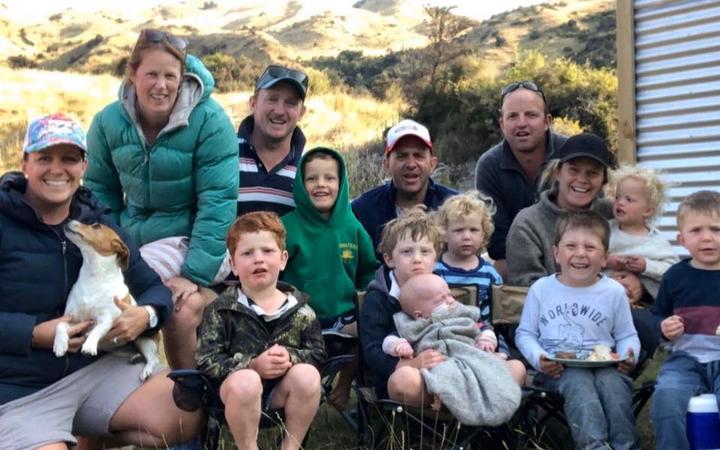 Rosie and Gavin Dowling, second and third from left, and Millie Volckman (third from right, in a cap), camping on the farm with their families over the new year. Photo: Supplied

To Millie Volckman, Rosie is like a sister. The pair met at boarding school, travelled and flatted together, and Millie married Rosie's cousin.

Volckman said she felt compelled to do something to help.

"I know it's a huge burden to Rosie - what's going to happen in the future. And financially how they're going to cope. And I know it will be an even bigger worry, now that Gav's not there to support her.

"Everyone feels so helpless at the moment being in lockdown, in isolation. I just thought it's one way that everyone can help and show their support to Rose and the family."

By Monday afternoon, more than $200,000 had been donated for the family - to go towards costs of running the farm, caring for Olive, and - eventually - giving Gav a sendoff.

Gav's death is being treated as unexplained, and a coroner's report could not provide answers for the family.

Volckman said Rosie, who was not up to an interview, is "a bloody strong woman" but is devastated to have lost her best friend.

"She's got her two boys and they put a smile on her face and they are the ones that are going to get her through this."

A couple of local guys had "stepped up" and were working within isolation on the farm to run things, Volckman said.

Rural sports commentator Craig Wiggins worked with Rosie Dowling at Young Farmer of the Year competitions around the country.

He described Rosie as "a spark of a girl".

"She's a good lady, and it's pretty sad what's happened."

To help the family, he's auctioning off his own jersey from the last round of the Young Farmer event.

He said the death had rocked a lot of people in the rural community.

"Their security blanket has been ripped right out from underneath them. With the loss of the father ... Rosie's got some pretty big challenges in front of her now.

"Money doesn't fix everything but it will give her time to stick along the status quo until she works out what her next steps are."

Wiggins would close his jersey auction at 7pm tonight. The bidding had reached $500 by Monday afternoon, he said.