A man reported missing on Stewart Island since Monday has been located, after he survived on foraged shell fish and a deer he had shot. 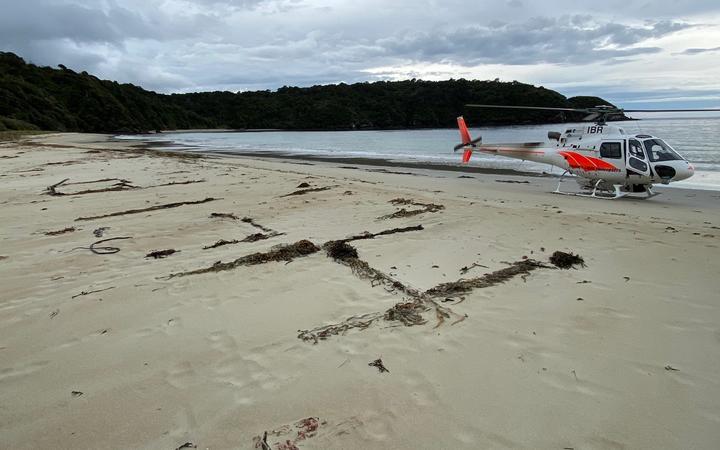 A 'help' sign is written in sand on Chew Tobacco Bay in Stewart Island beside a rescue helicopter. Photo: Supplied / Police

The 39-year-old failed to return to his hunting group on Monday afternoon, but was found around 11.05am today.

The man was sighted from the air during an extended shoreline search at Chew Tobacco Bay.

Detective Alun Griffiths said he had become disorientated after knocking his head during a fall and his compass was later found to be reading incorrectly, because a knife was located close by.

Fortunately he was able to sustain himself on the first night by eating a deer he had shot.

He was then able to forage for limpets, paua and other wild foods.

"This serves as a reminder to anyone entering the bush, even for a short time, to take a Personal Locator Beacon and a backup form of navigation," Griffiths said.

"Police are grateful to Land Search and Rescue for providing teams in this challenging time."