Families of the victims of the 15 March mosque attacks and the Muslim community have reacted with relief, shock and happiness after this morning's unexpected guilty pleas from the man who was due to go on trial for the shootings. 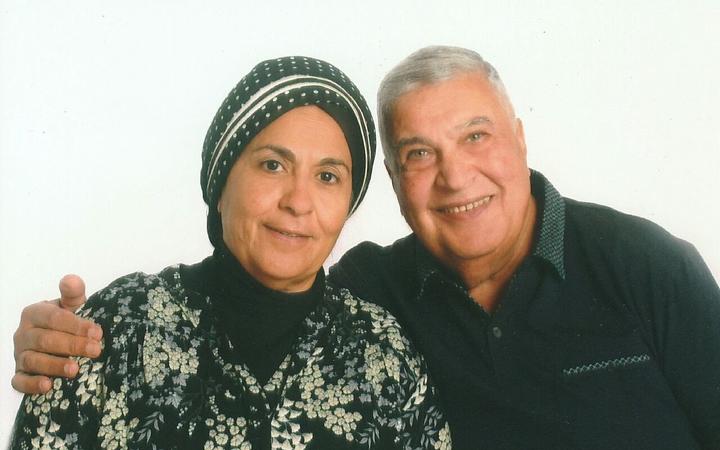 At the High Court in Christchurch, Brenton Tarrant admitted 51 counts of murder, 40 of attempted murder and one under the Terrorism Suppression Act. Until today he had denied all of the charges and was scheduled to stand trial in June.

"Obviously I have had no chance to go out and speak to people but the flurry of Whatsap messages that have come in just speak of people bursting into tears, crying with relief, and something like peace in the chaos."

He said the Islamic perspective is to look beyond what has happened, rather than commemorate it.

He said this case has obviously had great repercussions across New Zealand and across the world, but that the Islamic community was looking beyond that to the Ramadan fasting month which is likely to be 25 or 25 April, there was the Royal Commission report which is due to be released at some time.

"My own anticipation was that some parts of that might be redacted in view of the possible evidential nature of the trial - that itself would possibly exacerbate things because then it gives a route to people thinking 'hang on there's some secrecy around this' and then the trial itself which we were looking at with a fair sense of dread."

He said a trial would have dragged out the anguish by more than a year, and the initial messages he was receiving expressed enormous relief that the trial will now not go ahead.

She said she was both shocked and relieved by today's announcement.

"I mean I'm shocked at the sudden change in his plea and I'm relieved that my family and everyone else from the other victims won't have to live or any of us to realise again what happened."

She said it is hard to believe that he changed his plea to guilty and does not understand why he did that.

"It's a big relief for everyone, and thank God, maybe our prayers were accepted in a way."

She said the guilty plea will make a big difference to the families, and now at least they do not have to go through the experience again day after day.

John Milne, father of 14-year-old Sayaad Milne, who died at the Al Noor mosque, said he and his family were extremely grateful and celebrating.

"My daughter says, yahoo! Now I am happy, happy happy. You know I have forgiven him [the gunman]. My wife won't have to go through all the drama. She was trying to get prepared and determined not to cry, to show him [gunman] that what he did not not really affect her, but I don't think she would have really been that strong."

He forgave the gunman and became a 'messenger of peace' to the world, and said he was "very happy" and that "it was a step in the right direction."

"People do horrible things but people should be courageous to accept their guilt and try to be a better person," he said.

"Soon after the shootings I loved him as a human brother but I did not support what he did."

Ahmed said he hoped the Australian gunman would choose to put aside his hatred and choose love and was certain his would provide the victim's families peace through this challenging time.

"It has been a very hard year. This guilty plea will save the families hard work, grief, sad memories and pain."

"I am relieved we will not have to endure a long and stressful trial - many of the victims were dreading reliving their trauma by having to re-tell their stories in court and possibly be questioned on them."

One of the lawyers assisting the families, Aarif Rasheed, said they had not received any word on what led to the unexpected guilty pleas.

"Any possible explanations are speculative but we do know terrorists are often seeking a sense of self-importance and attention to their cause. The Covid-19 pandemic has removed that."

It was important the victims' pain was not forgotten, he said.

Prime Minister Jacinda Ardern said she breathed a huge sigh of relief when the man accused of the Christchurch mosque massacre pleaded guilty to all charges.

She said she knows it will be deeply disappointing for the victims and their families that they cannot gather together right now, due to the Covid-19 lockdown but that the guilty pleas would be a small reprieve to the victims.

Christchurch Mayor Lianne Dalziel is also relieved and said when she heard the news her immediate thoughts were with the families of those killed and people who were injured.

The Royal Commission investigating the Christchurch mosque shootings says its work has not been impacted, after the accused gunman pleaded guilty to all of the charges he was facing.

In a statement, the inquiry said its role is not to inquire into the guilt or innocence of any individual charged in relation to the attack, so today's developments do not directly impact its work.

The Royal Commission is due to hand over its report next month, but the statement says the current Covid-19 restrictions are having a significant impact on its work.

It said staff are committed to getting the job done, but there are some aspects of the inquiry process that cannot be managed remotely.

A statement from Police Commissioner Mike Bush said arrangements for the court hearing were made at short notice after Tarrant indicated via his counsel that he wished to be brought before the court.

The guilty pleas were taken via an AVL link from Auckland Prison, he said.

Commissioner Bush said police appreciate that the news will come as a surprise to the victims and the public, who may have wanted to be present in the courtroom.

Suppression orders were put in place to allow police, victim court advisors and Victim Support to advise as many of the victims as possible prior to the news being made public.

Sentencing will not take place until it is possible for all victims who wish to attend the hearing to do so. Bush said due to the Covid-19 epidemic that will not be possible for some time.

"While the sentencing hearing is still pending, today's guilty pleas are a significant milestone in respect of one of our darkest days," Bush said.

Police will not comment further until after the sentencing, he said.