Two-thirds of New Zealand's Covid-19 cases so far are in older people but the patterns are still too "idiosyncratic" to draw any strong predictions from, a researcher modelling the virus says.

New Zealand has 155 confirmed cases of the coronavirus and the Ministry of Health has released age, gender and location details for 142 of them.

Like many countries overseas, many of New Zealand's cases are in older people. There are 94 cases in people aged 40 and older, or 66 percent. 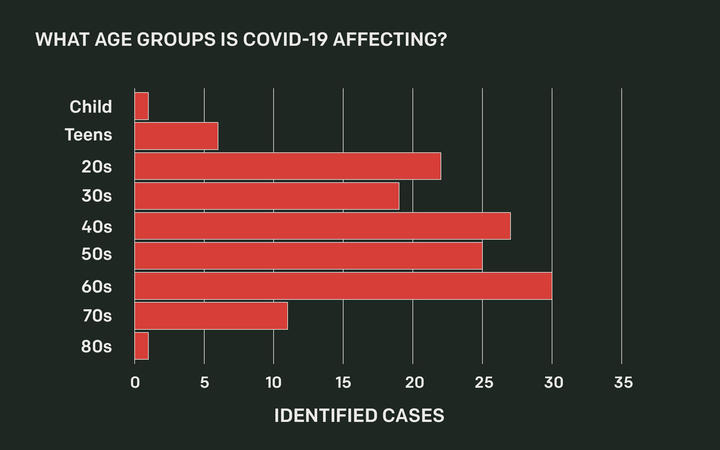 Countries around the world have warned people aged 70 and over to stay at home as much as possible, because of early indications that the disease was much more severe in older people.

However, only 12 cases in New Zealand are in age groups over 70.

University of Auckland Professor Shaun Hendy is part of a team of researchers from around the country working on predictive models of how the virus might spread in New Zealand and which groups might be most seriously affected.

Hendy said the low number of older people who had tested positive for Covid-19 was likely to reflect where New Zealand's cases had come from so far.

"Overwhelmingly, the cases we've seen are related to overseas travel and we're only just starting to see community transmission, so that probably reflects the profile of New Zealanders who've been overseas in the last couple of months."

Although the virus seemed to be more severe in older people, the spread of the disease varied from country to country.

"For example, people might've heard about the fact it's strongly impacting older people in Italy and that probably reflects the particular demographics of Italy, which does tend to have an older population," Hendy said.

Early research on the virus has also suggested it was more severe in males.

Among the New Zealand cases, slightly more males have been infected - 77 compared with 65 females. 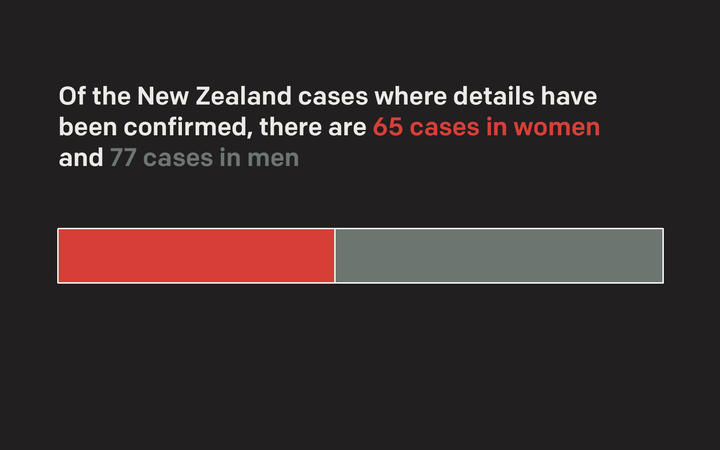 Hendy said that gender disparity could be down to lifestyle or health factors, rather than the nature of the virus itself.

"There's a whole lot of health risk factors - things like heart disease, blood pressure, breathing and lung conditions. Those can be gendered - rates of smoking, for example, can be different between men and women."

Although the number of cases in New Zealand was growing every day, it was too early to draw any real patterns, he said.

"It may sound weird but the numbers are still quite small from a health perspective and quite idiosyncratic, so our ability to make predictions will probably come a little bit later.

"It's still quite early to talk about the distribution amongst those cases from a statistical point of view."

The team of researchers, through research unit Te Pūnaha Matatini, was focused on getting as much detail about the early cases as possible.

"Some data we'll probably try to get our hands on at some point is to look at the profile of the people who've come back in," Hendy said.

"From a modelling point of view it'll be important to understand what kind of workplaces people are going back into, what parts of the country they were going back into. We'll be trying to use that information in the coming weeks to give us an idea of where we might have had community transmission start off."

The researchers were also beginning to look at which groups in New Zealand might be at greatest risk from Covid-19.

"We've got some work we've just started to look at Māori and Pacific people to think about the potential impacts," he said.

"They don't get as good a deal in our health system so they're often suffering from some of these other [underlying] conditions."