Police will patrol supermarkets and step up their presence at public places if necessary as tighter Covid-19 restrictions come into place, Police Commissioner Mike Bush says. 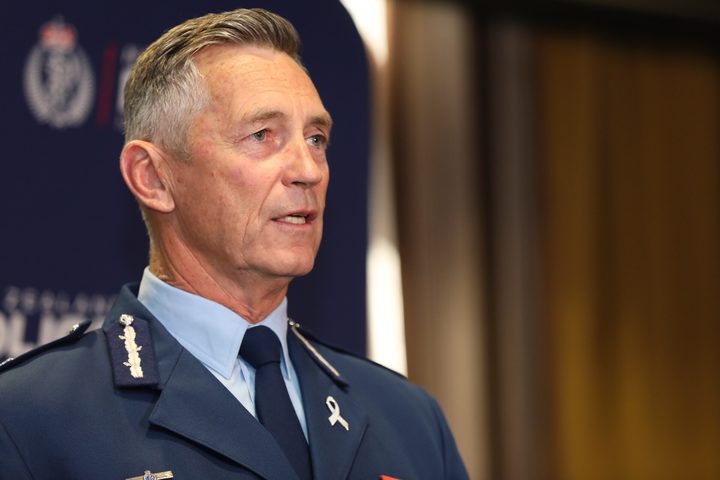 "There will be powers of course, we don't want to use our authority in this.

"It's all about saving people's lives."

At the next level, public venues and non-essential businesses would to close, and at the highest on the scale, Alert Level 4, everyone would need to be isolated from each other. Essential services would continue but everyone would be asked to stay at home.

Bush said police would ensure there was compliance over public gatherings, which at present are banned for more than 100 people indoors and for more than 500 people outdoors.

"If people are seeing others obviously flout this I want them to get in touch with us," he said

"We will respond, we will intervene. People need to comply to the directions that are being given."

"This is unprecedented in New Zealand so we have to change our policing approach."

"This is our top priority in order to keep New Zealanders safe and keep the country sustainable."

Police were planning how to patrol more visibly and more frequently - if necessary at supermarkets, or wherever people were in public, Bush said.

A range of legislation including the Health Act, civil defence and emergency laws and the Summary Offences Act would be used.

"We have to work within the law," Bush said.

He said it had been difficult to get all the personal protection equipment police needed, but the police health and safety team had worked hard to make sure they had the required gear.

New guidelines issued for the hospitality sector on Saturday say people going to bars, restaurants and casinos will be expected to stay at least 1m away from each other, and venues have to do head counts to make sure there are no more than 100 people indoors.