Wellington College held a digital learning trial today to prepare for if there is a widespread outbreak of Covid-19 in New Zealand. 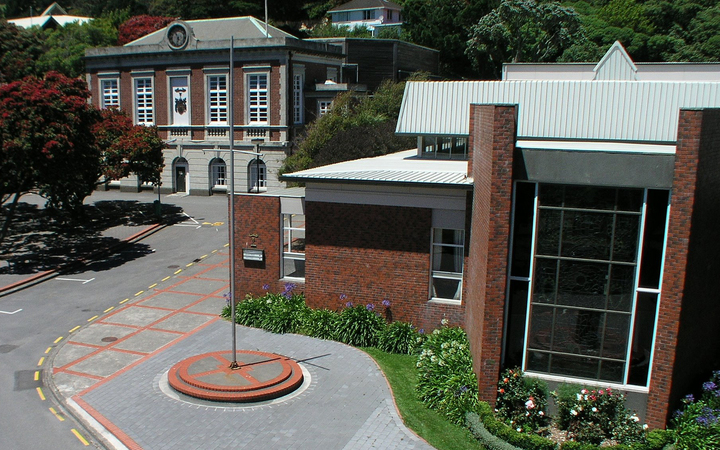 With schools in the UK closing on Friday, schools in New Zealand were trying to anticipate a similar move over here, and preparing themselves for that eventuality.

Wellington College maths teacher Cushla Thomson was having her first go at teaching a year 10 class - From her house in the suburb of Northland.

It was all fairly high tech - two computer screens in front of her: one a tablet where she was writing algebra equations and talking the students through it at the same time.

The other was Youtube where a livestream of the equations and her voice show up for the students on the other end.

On the side, there was a column where the pupils could post their questions and answers.

Thomson said they had been preparing for the day throughout the week.

"We want to get feedback from the boys on what's happening."

She said she was fully aware it was not the same as standing at the front of a class and interacting with the pupils face-to-face.

"One of the hardest things about going to online learning is that there are lots of great platforms for delivering content.

"But when you're in a classroom, it's not really about that it's about having a relationship with the teacher.

"And most importantly, with a teacher checking for your understanding. It's definitely more work than just making a whole lot of videos but we'll see if it's worth it."

It was an experiment, and Thomson said she was keen to find out what the students made of it.

On the other end of the video, a couple of kilometres away in Karori, 14-year-old Manu Nicholson-Cuevas was at his desk in his bedroom.

He was happy with how the lesson went.

"It's kind of the same just I think it's better... Like, I thought it was gonna be quite complicated in some ways.

"She's a good teacher as well like from home at school. Yeah. So it's good."

His classmate, James Kirkland, was sat in another house in Karori - watching the same video, doing the same work.

He wasn't as glowing about it as Manu.

"It was pretty good but wasn't as good as being in the class because she's up there and you can see like, writing everything physically.

"And it's just, it's a better feeling rather than through a screen because you're not actually communicating with it."

New guidelines have been recently put out by the government for schools to follow, depending on the scenario.

Specific recommendations were given in the guidelines - from whether there was someone with no symptoms but was in contact with a positive case, in which case get the person to self-isolate - to whether multiple families from the same school have tested positive for coronavirus - in which case close the school down for 72 hours.

In the event of community transmission, it said all schools in the area should close for 14 days, with the decision to be reviewed every two weeks.

James' mother, Nick Kirkland, said she was worried about how it would affect the boys.

"It's great that the school has done this is a trial to iron out any problems that might happen, but it's concerning that it might happen long term because, yeah, they just don't have that social interaction."

This was just a trial, but it was being done with a very serious motivation - to make sure the school was equipped to deal with being closed down.

But in this lesson, it seemed everyone was learning something.