The country's Catholic churches are being asked to limit contact during services to reduce the risk of spreading Covid-19. 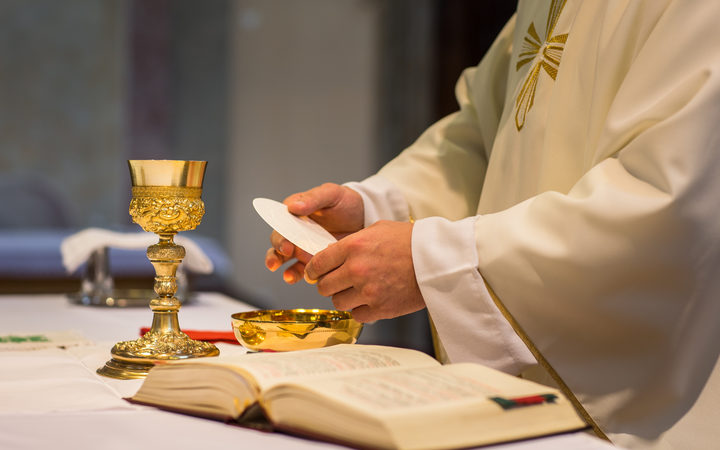 The Ministry of Health issued advice yesterday to the National Liturgy Office urging it to stop hand shaking and sharing communion cups and holy water.

The office's acting director, John O'Connor, said people should instead smile and nod or bow to each other, and priests are being asked not to touch children's heads when blessing them.

But he said there was no plans to ban mass altogether unless asked to by the Ministry of Health.

Fr O'Connor said so far there had not been any decrease in attendance at church services but he was aware of people who were fearful.

"They have no reason to be fearful because the Ministry of Health, whose advice we've been following very, very closely, have told them there is no need for fear and that the virus is under control in New Zealand ... but we are particularly concerned for those who are feeding the fear."

Catholic churches in Rome closed until at least 3 April

In Rome, Catholic churches have been closed because of the coronavirus pandemic, in a move believed to be unprecedented in modern times.

The order, made on Thursday, will remain in effect until at least 3 April.

Previously, only Masses had been cancelled because of the outbreak.

Catholics in the archdiocese are also released from their obligation to attend Mass on Sundays and on what are known as Holy Days of Obligation.

The move follows a decision by the Italian government on Wednesday night to close virtually every commercial activity in Italy apart from pharmacies, food shops and other stores selling essential goods.