Plans for the rebuilding of Linwood Mosque and a new 'tolerance' centre have been accelerated with a major sponsor coming onboard since last year's shootings. 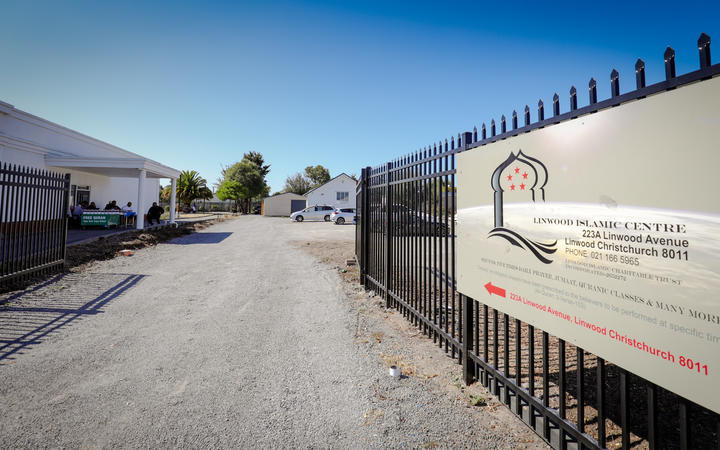 Seven people were killed in the attack on the mosque on 15 March, 2019.

Imam Abdul Alabi Lateef said an idea for a rebuild was drawn up prior to the incident, but they were unsure about how to proceed until the Zayed Charitable and Humanitarian Foundation got in touch after the shooting.

"They offered us to rebuild the mosque and that we should tell them any other thing we needed, and we told them that we don't mind if we get the land in front and the next building to us."

The foundation, based in the United Arab Emirates, has acted as a sponsor for the plans by buying the site in front of the Linwood Ave mosque earlier this year, as well as land beside it.

The mosque would still be in its own building, Imam Lateef said, while the planned centre beside it would serve as an inclusive multifaith and learning place.

The centre is set to be managed by Linwood Mosque's trustees, he said, and anyone would be welcome.

Imam Lateef said he hoped the centre would serve as a message to let the wider community know Muslims are not the enemy to anyone.

"It's about giving back to community, to include everyone, and tolerate everyone, bring everyone together, from to time to time we'll be having sit-ins and discussions with the Māori, the Pākehā, the Hindus, the Buddhists, which I believe will be a very beautiful thing."

The foundation had also helped sponsor an iftar event at the mosque during Ramadan last year.

The #UAE Embassy in #NewZealand was pleased to host an iftar in #Linwood mosque #Christchurch, sponsored by the #Zayed Charitable & Humanitarian Foundation #Ramadan_kareem #Year_of_Tolerance pic.twitter.com/hFckByWGAn