Brick planter boxes will be removed from a town centre in Marlborough after thousands of dollars were spent fixing damage caused from people driving into them. 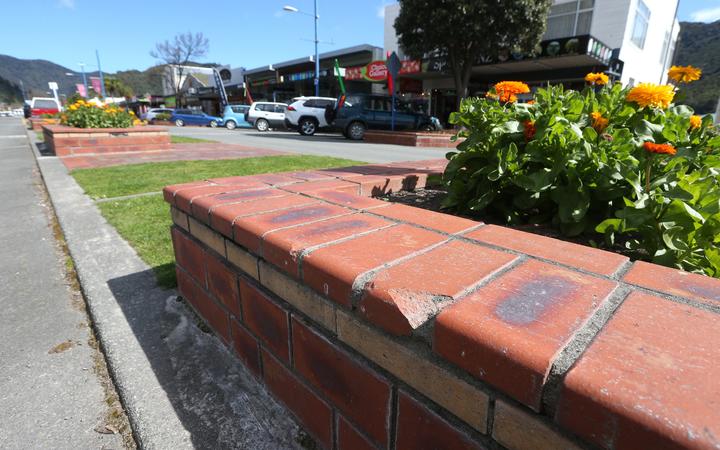 Council removed planter boxes along Picton's main street as too many people have been crashing into them. Photo: The Marlborough Express / Scott Hammond

Picton has had the raised planter boxes since the 1990s. Deputy mayor Nadine Taylor, a long-time resident of the seaside town, said the boxes, made from brick and tiles, were a "constant problem" for council staff.

A report said drivers had "regularly" reversed into the boxes over the years, then fled without sharing their contact details, leaving the Marlborough District Council to shoulder the repair bill.

Taylor said the fix ups had made a decent dent in council funds, and on her own personal time, as she often ducked down to photograph the damages, so staff had an idea of what was needed for repairs.

She had taken "numerous photos" since being elected in 2016.

While she had never seen a vehicle reverse into the boxes, she had heard anecdotally from town retailers and from community groups.

"I think the locals are pretty savvy when it comes to those planter boxes. The reports I have are it's often visitors, rental cars or long vans, and they often don't realised they've clipped the [box] corners."

New Zealand Transport Agency (NZTA) data showed between 2001 and 2018 there had been 10 crashes near the flower beds. Only one had minor injuries. The data did not show if crashes involved boxes.

Retailers and residents previously told Stuff they "often" saw vehicles crash into the boxes, despite Picton's main street being quite "wide".

Three planter boxes on the south end of the street were removed last September by the council for $20,000 to trail the effectiveness of not having planter boxes, after too many drivers crashed into them.

Their removal had not caused any issues or complaints.

Council property and community facilities manager Jamie Lyall said in a report for a full council meeting said removing the remaining six boxes should save the council from splashing out on "regular" repair costs.

Sounds ward councillor David Oddie was "really happy" to support their removal, and thought Marlborough Roads, who maintained the boxes, would "breathe a sigh of relief to see them gone", he said. 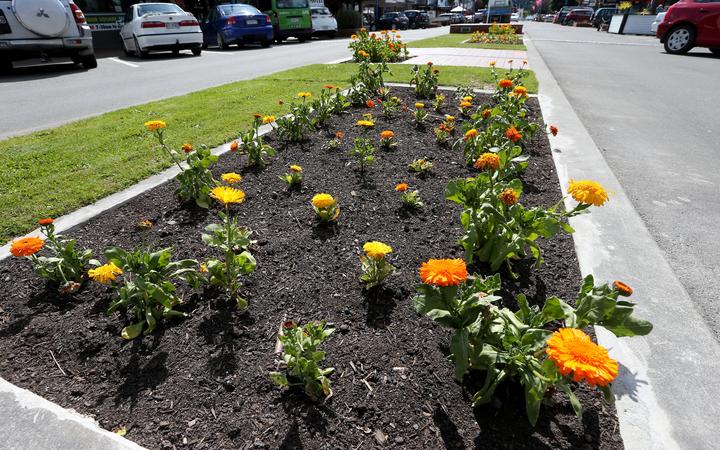 Native shrubs will be planted instead of low flower beds. Photo: The Marlborough Express / Scott Hammond

Lyall said native shrubs would be planted instead of low flower beds.

Councillor Cynthia Brooks asked if trees had been considered, as they could give "a nice strong line" down the middle of the street.

But council reserves officer Grahame Smail said tree plantings were ruled out as the roots could impact below-ground infrastructure.

The council approved the $40,000 removal request, with funding covered by the forestry and land development reserve.