The stigma around cannabis and the high licensing costs are barriers to getting whānau, hapū and iwi into the industry, say Māori applying for medicinal cannabis licenses. 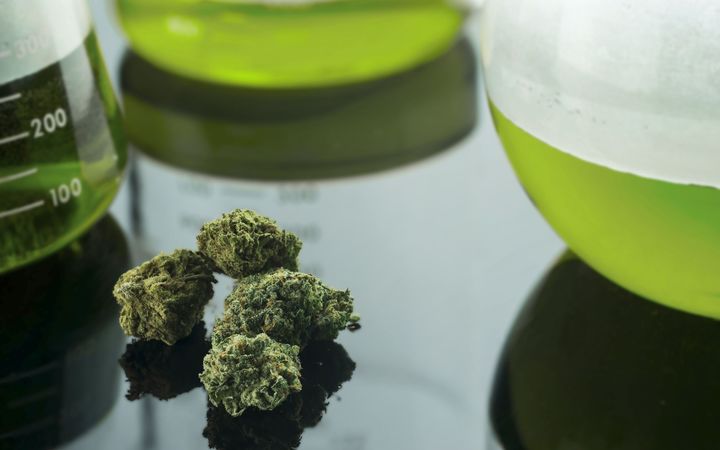 A hui in Wellington organised by the Ministry of Health ahead of the opening on 1 April of the Medicinal Cannabis Agency - which will grant licenses for manufacturing and distributing the drug - drew about 30 people.

There was a lot of debate over the high licensing fees, with some participants wanting to know if there would be financial support for Māori trying to join the industry.

A cultivation license is upwards of $8000 - which does not include the cost of setting up the operation - but Ministry of Health Māori service improvement manager Eugene Rewi said these fees were as small as they could be.

"My understanding of the fees are there's no fat involved in the fees, it's actually about a fee for service because there is auditing requirements ... administration that need to be adhered to."

"Is this a hinderance for some - I think definitely - so maybe whānau need to look at other avenues, whether they join up as a group, or if their strength is in one particular area then maybe they concentrate on that."

"When we were listening to the lady talk about just setting up your facility, already there's $100,000 cost involved so for Māori that's already a hinderance and how can we get over the transferring of those sorts of fees.

"I guess if we're to look at it from an iwi point of view, they would have that type of money, they're in that space coming through settlements."

Mr Wilson said one of the hardest parts was convincing his people that cannabis could be used as medicine.

"We need to change the mindsets not only of the people in the community but in our own iwi, hapū and whānau because there are a lot of people in there that still think that cannabis is this bad drug [, a thought which] the American psyche has enforced into us."

Roxxane, who travelled down from Taranaki, said she was looking to set up a cultivation facility in the next five years.

She comes from a background where her family grew and sold cannabis illegally to survive - but now she wants to do it the right way.

"I will be honest, I am the product and generation that sold cannabis in the black market - for bread, for milk, school uniforms - I think for most of our life actually."

She agreed there was a stigma attached to cannabis, but saw it as a way to create alternative employment opportunities in the Taranaki rohe.

"We can basically help up until the point when they need capital, so the whole way through that journey, through feasibility, business case - we have a fund that's available for them to tap into."

Ministry of Health's Eugene Rewi said rongoā practioners - those who practice traditional Māori medicine - had also been attending some of the hui.

While cannabis was not traditional Māori medicine, he said rongoā practioners were looking to use it alongside their other plants for the likes of pain relief.

Due to high demand, an additional Māori stakeholder workshop will be held in Gisborne on Tuesday 10 March.