A female police officer has described waking up in pain as her colleague raped her in a Northland motel. 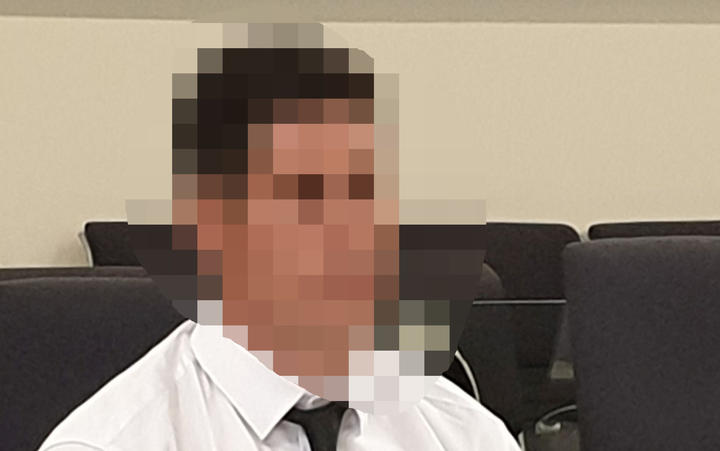 The defendant's name remains secret while he appeals over the suppression order being lifted. Photo: RNZ / Anneke Smith

The woman's DVD police interview was played to the jury in her male colleague's trial in the Auckland District Court today.

The man, who can't be named, has pleaded not guilty to one charge of sexual violation and another of indecent assault.

It's the Crown's case the man raped the woman while she was sleeping after she denied a sexual advance he made earlier that evening.

The man's defence has told the jury the pair had consensual sexual activity as part of a prearranged hook up and the case was not one of rape, but regret.

The court has heard the pair were staying in separate units at a Kerikeri motel as part of a large group of police officers sent to Northland to work during Waitangi commemorations last year.

In a DVD police interview played to the jury today, the woman told the interviewer she took part in drinking games with other officers that night.

She said the man shut them in a room together at one stage and rubbed her privates but she "denied" him and left the room to return to the group.

"I guess as a female you're with a lot of boys. We all have banter, muck around and have a good time together so I just got on with it and told him to pull his head in and left it at that," she said.

The woman said she went to bed alone in the early hours of the morning and woke up to pain in her privates and the man penetrating her in bed.

She said the man told her to keep quiet but she grew upset and sat up, swearing and repeatedly asking him what he was doing.

The woman's voice shook in the interview as she grew visibly upset describing feeling manipulated and pressured to not seek her senior manager out.

"I was really upset, almost hysterically crying. He kept saying, 'what are you doing, I've got a wife and kids'," she told the interviewer.

The woman said she reached for her phone to record their conversation in the dark room and made the brief recording that was played to the jury yesterday.

The woman said the man eventually left her room and his friend visited her a few minutes later before going to get a senior police officer.

The woman said she wasn't sure what part of the man's body had penetrated her but it was "really sore" and she assumed it was his genitals.

"I woke up and was coming around to that so I didn't compute what it was but from how I was and how he was I made the presumption that it was his penis, how he was thrusting me."

The trial before Judge Thomas and a jury of six women and six men is set down for two weeks.