A woman convicted of smuggling in Asiatic black bear bile from China was already on her third warning for bringing in specimens of other threatened and endangered species. 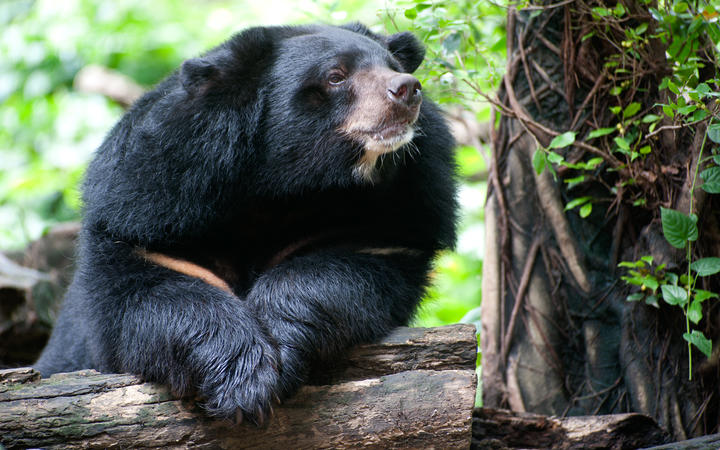 Litao Xu was convicted and fined $7500 at Auckland District Court yesterday for illegally importing 12 vials of crystal made from the bile.

She did not declare the bile, which is sometimes used in traditional Chinese medicine, but did declare several bottles of Chinese wine.

The bears are protected and any trade in the bears, or products made from them, is prohibited.

Swain said the way the bears were milked for their bile while kept alive in cages was abhorrent.

"We have strong concerns that it impacts on the survival of bears in the wild, even though this was taken from an alleged captive breeding facility."

Xu had previously tried to import dried seahorses and endangered plants to New Zealand and received three warnings between 2007 and 2017.

She was stopped with bear bile at Auckland International Airport in 2018, then left the country for a year.

He acknowledged she did not intend to sell the vials, each labelled as pure bear bile in Chinese characters, but said she needed to be held accountable.

"You've got to be seen to be accepting responsibility for what you've done. In this case, there were no human victims but animal victims. They can suffer and feel pain ... these bears are victims," Justice Blackie said.

He said the fine was modest given the legislation of Trade in Endangered Species Act 1989 being 31 years old.

"I want to send a clear message to others who might consider importing bear bile into New Zealand that in the future occasions following this case they may well be facing sentencing or imprisonment."

World Animal Protection head of bears and traditional medicine Gilbert Sape said 12,000 bears were held in captivity for their bile in Asia - most of them in China - with many kept in horrible conditions.

"A lot of people believe that bear bile is a cure for almost all kinds of diseases from skin disease to eye disease to hangovers." Sape said there are 32 herbal alternatives to bear bile that are readily available.