Wellington's leafy suburb of Miramar has been dubbed a "burglar's paradise", after a spate of break-ins and assaults that have left residents scared and wondering what police are doing about it. 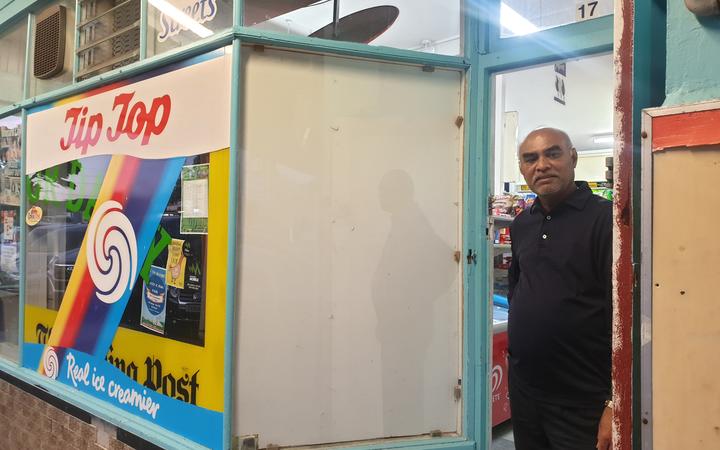 Since November the Miramar business group say their members have had 14 break-ins, and residents have also been telling them of strings of cars and houses being broken into on the same nights.

On Wednesday morning, a badly assaulted man was found injured on Park Road, outside the polo club, by an early morning walker after he was assaulted the night before.

Last night about 50 residents and business owners attended a public meeting to voice their concerns.

Many wanted answers from police about the extent of the problem, and why police aren't more visible and doing more.

Ann Boyle was one of those at the meeting. She's had her house burgled twice since November - the second time she was horrified to find she had been sleeping in the house when thieves broke into her garage.

"I'm just so frightened, we could have been hurt, and we've lived there for 35 years, and I don't even want to live in this area any more - it just feels so unsafe.

"The lighting is dreadful in the street - the so-called new LEDs, they are dreadful. It's a burglar's paradise, it's so dark."

Helena Hunt has also been burgled twice, and said she was now anxious every time she came home.

"It makes your house feel like it's not yours anymore, knowing that people have been in, jammed the windows out, taken things. It's really unsettling."

One eastern suburbs dairy has been robbed three times in recent months, and during one of the robberies the owner was beaten so badly he was in hospital for two weeks.

The owner told RNZ that each time the robbers went after cigarettes, and he is now scared every day at work.

The thieves have also tried to get into his home, and five neighbouring stores have been burgled in recent weeks.

"Every time there is [a break-in] - it's very expensive, it costs $1500 to replace the front window. My insurance has gone up.

"Now it's unsafe, and especially in Miramar it's not safe, there's so many break-ins in the last one and a half months, so many dairies, cafes, and houses - so many cars."

Wellington City councillor Teri O'Neill said thieves were targeting small businesses like bakeries, dairies and liquor stores, and she blamed alcohol and drugs issues for many of the problems.

"People came and loaded their car up with bottles of wine and alcohol, and then the next morning we had red wine bottles smashed all over the pavement and intersection, and there's a primary school just 100 metres up the road, and a nursery 10 metres across the road," she said.

O'Neill has lived in her Motukairangi/ Eastern ward her whole life. She said, while there's been a noticeable spike in crime since November, it's affecting a wider area than just Miramar.

"It's not just Strathmore Park and Kilbirnie any more, it's more graffiti in Lyall Bay or communities that are starting to feel more and more unsafe in the more well-off areas, like Roseneath and Hataitai - in places where that's a shock for people.

"It's hitting these other areas - we are starting to hear a lot more chatter."

One resident, who had her car broken into along with a string of other break-ins on her street the same night, said she thought the car break-ins and business burglaries could be linked, as they happen in waves at similar times.

But she was disappointed police didn't show up to take fingerprints from her car.

"We've heard nothing from police, and none of the other people who've been affected [in her street] have heard from police."

She was so frustrated police haven't sent out a public statement to warn residents about the spate of crime that she was considering printing notices to put in letterboxes herself.

"What about the elderly and people not on social media, it'd be common courtesy for police to say there's increased crime when within a few nights several shops have been broken into and several cars have been done.

"What's happening is really in your face, and I don't feel great about it - we pay some of the higher rates in the whole of Wellington, and yet we feel really unsafe, our properties aren't safe."

Another woman whose car was broken into said she told police her belongings had been posted for sale on Trade Me, but was told they couldn't do anything about it - and that if she bought them back from the Trade Me seller then she would be committing a crime by receiving stolen property.

Sergeant Hamish Blackburn spoke to the meeting about proactive safety measures like securing properties, but said he wasn't sure of the crime figures, or if there was rising crime in the area.

This was met with anger and frustration from a series of speakers, who questioned how police could respond appropriately if they don't know what is happening in the community.

Police weren't able to answer to questions about the community's concerns about a rise in crime, by time of publication. They were investigating the assault on Park Rd, which was reported to them by the ambulance service.

Enterprise Miramar, who organised the meeting, said they are so concerned about the crime they are investigating installing CCTV cameras facing into public areas, and already have nine businesses who are interested in sponsoring the project.