A grieving mother said she is devastated that Oranga Tamariki did not alert her when her son was rushed to hospital, and only contacted her the next day after he died. 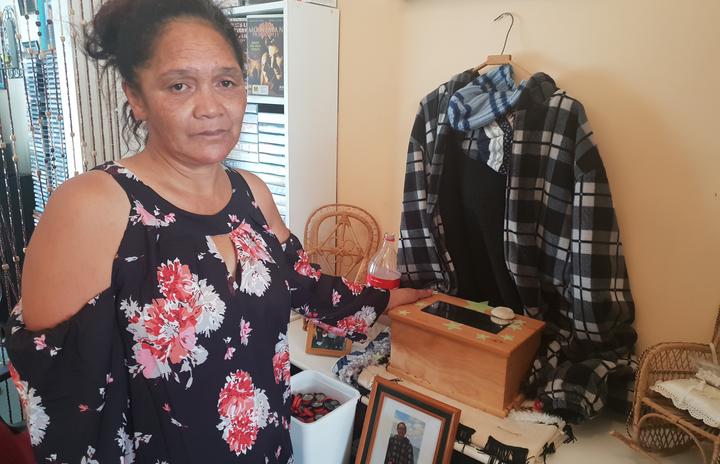 Ana Ransfield's shrine for her youngest child, Sonny. His ashes sit on a table alongside the glasses he used to wear, his favourite jacket, and a container filled with bottle caps he loved collecting. Photo: RNZ / Leigh-Marama McLachlan

Sonny Marks, 14, was admitted to hospital on New Year's Eve 2018, and died the next day from suspected suicide.

But his mother, Ana Ransfield, said she was not told anything until nearly two hours after he died, and she never got to see him alive again.

In the corridor between the bedroom and kitchen of Ransfield's home is a small shrine for her youngest child, Sonny.

His ashes sit on a table alongside the glasses he used to wear, his favourite jacket, and a container filled with bottle caps he loved collecting.

Ransfield vividly remembers driving home to Levin on 1 January last year, when she received a call from Oranga Tamariki that changed everything.

"When I got that phone call, I was so heartbroken."

Ransfield said the Oranga Tamariki supervisor from Levin did not give her any details about how Sonny died.

But she said his caregiver eventually explained that Sonny was taken to hospital at 11pm on New Year's Eve.

The hospital spent all night trying to keep him alive, but his autopsy showed he died at 7.15am the next day.

Ransfield is devastated that she was not phoned until about 9am that morning.

"I would have gone straight up there - I would have been there by his side. My sister would have dropped everything to take me up to Hastings."

Willamene Kerei is Ransfield's sister-in-law and has been at her side throughout the ordeal. 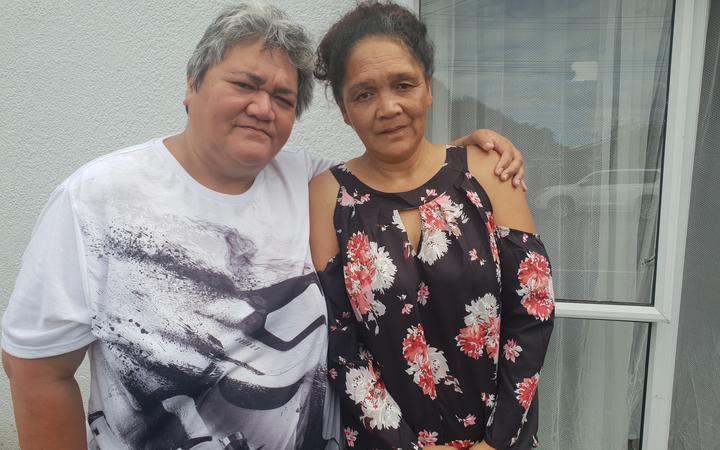 Kerei spent the morning texting staff at Oranga Tamariki trying to find out what the whānau needed to arrange or do when they got to Hastings, but she said the staff did not have the answers.

She said the whānau should have been notified as soon as Sonny went to hospital.

"It's rude, it's disrespectful - for a government organisation Oranga Tamariki - it is very unprofessional," Kerei said.

"This boy died, he passed away without his whānau even knowing - if his mother could have been there - if there was no chance, if doctors could tell her that, she could be there."

Soon after the call, the whānau travelled to Hastings where they were told to wait at the police station before being escorted to the morgue.

Ransfield was only allowed to view Sonny's body through a window.

"We arrived there and nobody was there at the morgue. We thought someone [from Oranga Tamariki] would have stayed there to tell us what happened - but no-one was there," she said.

More than a dozen whānau members, including Sonny's siblings, turned up that afternoon, and an Oranga Tamariki support worker arrived to help them find accommodation.

The costs of the funeral and cremation, as well as petrol costs for travel, was covered by Oranga Tamariki.

Ransfield said some of the agency's staff members attended Sonny's tangi in Whanganui, but none of them approached her or apologised.

More than a year on, Ransfield is still coming to grips with Sonny's death.

Oranga Tamariki documents show Sonny had a history of mental illness and had made several attempts at self harm as recently as August 2018.

On one occasion, he was admitted to the emergency department at Palmerston North Hospital after taking a number of pills.

In the middle of the year, Sonny spent a week at a respite home for children under mental health services.

His autopsy confirmed he was taking anti-depressants at a level consistent with normal use.

But both Kerei and Ransfield said when they met Sonny's caregiver for the first time in Hastings after he died, the caregiver said she was not aware of his history.

"She said ... they just bought him up, dumped him at [her] house, and left," Ransfield said.

"She didn't know his background and he should have been monitored. And he should not have been where he was dropped off in Hastings."

The fact Sonny was in Hastings was another sore point for Ransfield.

She said she had requested for Sonny to spend New Years with her and his siblings, but Oranga Tamariki declined her request.

It is understood that Sonny spent Christmas with his sister in Rotorua, who dropped him off at a house in Hastings - where his caregiver's whānau lived, and where he later died.

Ransfield wanted to know why Sonny was allowed at a home in Hastings and why he could not spend New Years with her.

She said she had not heard from Oranga Tamariki since Sonny was buried, and she was still waiting to receive his case files, which she requested last year.

"The only thing they did was send my baby's dressing gown back in a package from Levin - that's all.

"Not even the case manager that was taking care of my son apologised - and I don't think she could even face me because he died in their care."

Documents show Oranga Tamariki believed Sonny would never be returned to Ransfield's care, and that Ransfield accepted this.

In 2014, she agreed for Sonny to live with another whānau when concerns were raised that she was living in a kohanga reo hall, and alcohol and drugs were present.

Her sister Lisa moved back from Australia, with the hope that her and her partner, Kerei, could take Sonny into their care - Kerei said she still did not know why that did not work out.

Ransfield was adamant she had been fighting for Sonny's return and was living in a stable home with her partner Michael and Sonny's older brother had returned to her care.

Ransfield wants an apology and compensation from Oranga Tamariki, and said she had struggled to hold down a job since Sonny's death.

Oranga Tamariki refused to comment on the case as it was before the coroner.

The agency also refused to release any general information about its policies for when a child died in state care, and when it should notify a child's parent.

The coronial inquest will be held next year.